Anjem Choudary and the al-Muhajiroun extremist network provide a gateway to terrorism, according to a new report co-authored by Nick Lowles of HOPE not hate. 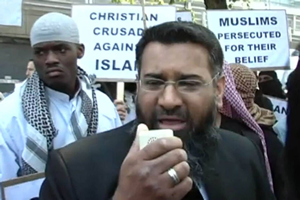 Nick Lowles is chief executive of HOPE not hate, the UK’s largest anti-racism and anti-extremism campaign

Today HOPE not hate launched a report into the Muslim extremist Anjem Choudary and his al-Muhajiroun network. Sixty pages long, the report, Gateway to Terror, is co-authored by myself and researcher Joe Mulhall. It is arguably the most detailed investigation into this Islamist extremist organisation, its structures and its terrorist connections.

Gateway to Terror reveals that at least 70 people who have been convicted of terrorism or terror-related offences, or who have actually participated in suicide attacks, have been linked to the group. We reveal that the man who narrated a recent 58-minute al-Shabaab video, threatening a number of moderate British Muslims, is from Tower Hamlets and has also been linked to the group.

We expose the growing connections between Choudary and the northern Iraqi Ansar al-Islam group, an affiliate of al-Qaeda, and name its British leader. We chart Choudary’s growing network of contacts across Europe and reveal that between 200-300 supporters from these groups have gone to fight in Syria.

This report nails the misguided view that we should tolerate Choudary’s outlandish antics. Behind his media-grabbing and provocative stunts lies a group that is a gateway to terrorism, at home and abroad. And this will be part of an increasing expansion of activities and research for HOPE not hate and its focus on extremism of all shades and hues: whether they be terrorist-related antics from Anjem Choudary or the ‘creeping sharia’ views of many from within the ‘counter-jihadist’ anti-Muslim networks.

While Choudary might not have been directly involved in terror plots, he helped shape the mindset of many of those behind them. He indoctrinated them and through his networks linked them up to terror groups and supporters across the world.

Many of those convicted of terrorism were active supporters of his group at the time of their arrest. Habib Ahmed, who was convicted of being a member of al-Qaeda, was their Manchester branch organiser. Mohammed Chowdhury, the ringleader of the 2010 Christmas bomb plot, was filmed helping set up a Skype interview between Anjem Choudary and Omar Bakri (al-Muhajiroun’s founder, originally a member of radical sect Hiz ut-Tahrir) only three weeks before his arrest.

Its members have been known to engage in Holocaust denial and sell copies of the infamous antisemitic forgery the Protocols of Zion, as well as Hitler’s Mein Kampf. Some of their preachers celebrate 9/11 while others blame it on a Jewish conspiracy. They describe gay relationships as ‘perverted acts’, comparable to ‘rape and murder’, call for homosexuals to be put to death and have produced and disseminated leaflets called: ‘Gay Today, Paedophile Tomorrow?’

In addition, their sexist views call for the subjugation of and discrimination against women. Choudary has called for women to be forced to wear the veil and stated that women who commit adultery should be stoned to death.

There will some people who will not be happy with our new report and consider it a departure from what we ‘do’ (historically we are better-known for opposing fascism and racism). There will be others who believe that by shining the light on Choudary and his gang we are inflaming hostility to Muslims. They will be wrong.

We say ‘a plague on both their houses’ when looking at both far-right as well as Islamist extremism. The two biggest spikes of support for the EDL occurred when Anjem Choudary’s supporters burnt poppies on the 2010 Remembrance Day and in the immediate aftermath of the killing of off-duty soldier, Lee Rigby, in May this year. 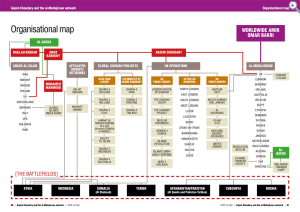