When it comes to its new goals for the Middle East, is the US still overestimating what it can achieve? 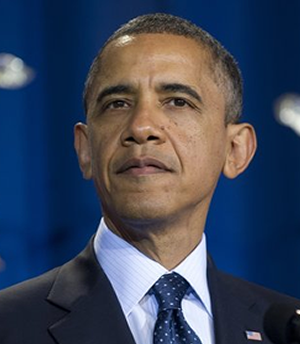 “I didn’t say the result was good,” Franklin Roosevelt quipped when he returned from Yalta in 1945. “I said it was the best I could do.”

For a man given to soaring rhetoric, America’s 32nd President was realistic about how his country should act in the world. He asserted America’s naval supremacy to prevent fascist powers from imperilling its security in the Atlantic and Pacific, but ceded claims on Poland when confronted with Soviet military might.

His instincts about where and when to intervene have been held up as a model for his successors, particularly when grand theories have blinded them to the reality of America’s place in the world.

Like his illustrious predecessor, President Obama frequently employs high-flown rhetoric when he speaks about foreign policy. Witness, for instance, his 2009 Cairo address on relations with the Muslim world; the speech he gave to the American people as the US launched raids against Libya in 2011; and indeed, his much-celebrated address to our own Houses of Parliament that same year.

Unlike Roosevelt, however, Obama has also been accused of allowing high principles to get in the way of America’s best interests. A desire to spread democracy is said to have damaged Washington’s standing in Egypt. A commitment to securing humanitarian gains is thought to have kept the US too long in Afghanistan. And the much-feted pivot to Asia has left some of Washington’s most steadfast allies around the world concerned the Pacific President has no time for them.

But over the past few months, something appears to have changed – at least with respect to the Middle East. A regional policy review overseen by National Security Adviser Susan Rice pared back US goals in the region. It prioritised reaching a deal with Iran on its nuclear programme, containing violence in Syria and brokering a peace settlement between Israel and Palestine.

Obama confirmed these ambitions as central to US interests in his speech to the UN General Assembly, which frankly noted America would work with powers that did not meet “the highest international expectations” if core concerns could be resolved.

A world in which global powers understand the limits of their leverage and resources is obviously going to enjoy greater security and peace. But when it comes to its new goals for the Middle East, is the US still overestimating what it can achieve?

In the past few weeks, America’s ability to bring about an accord between Israel and Palestine has been severely questioned, as Benjamin Netanyahu flouts an agreement on Jewish settlements and doubts emerge about whether Israel will implement an economic assistance package to the Palestinians.

Negotiations on Iran’s nuclear programme have reached an historic stage, yet domestic opposition to sanctions relief could hamstring prospects for a ‘grand bargain’.

In Syria, there are concerns the deal to dismantle President Assad’s chemical weapons may not be honoured in full and Islamic extremists continue to gain in strength both near the Turkish border and outside Damascus.

In addition, it’s far from clear Rice and her colleagues were correct in restricting America’s Middle East priorities to particular flashpoints and crises. Many of the problems that threaten US security in the region can and should be approached thematically.

The large number of illegal migrants meeting their deaths in the Mediterranean is a cross-border issue that threatens both the stability of America’s key allies and a waterway vital for its trade and security. Radical Islamic groups like Islamic State of Iraq and the Levant operate at will beyond national frontiers and are beginning to make their presence felt in cities beyond the Arab world.

Diseases with the power to spread beyond the immediate region, like the MERS Coronavirus and the strain of polio recently recorded in Syria, should also be in the minds of US policymakers.

American history is littered with the skeletons of governments that chose to cling to universal truths rather than face the reality of what was occurring on far-flung continents.

When it comes to dealing with the Middle East, President Obama’s administration cannot yet be condemned to join them. But he will need to show a greater depth of understanding and embrace an even more radical view of America’s position in the world if he wishes to be ranked alongside the greatest of his political forebears.

One Response to “Obama is charting a new course in the Middle East. Can he succeed?”