Contrary to what David Cameron would have you believe, benefit tourism just isn't a significant problem. 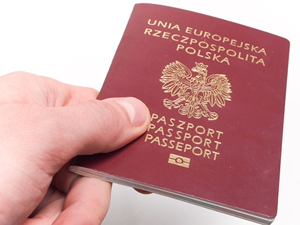 In a sop to UKIP, David Cameron has pledged to bar migrants from claiming out-of-work benefits for three months after their arrival to the UK.

The measure is supposed to put off ‘would-be benefit tourists’ from coming to Britain.

What David Cameron probably won’t tell you, however, is that migrants from Eastern Europe are less likely to claim benefits than indiginous Britons.

Most migrants from the EU do not come to Britain to sign on, but to work. Migrants who came to the UK after the year 2000 have made a ‘substantial’ contribution to public finances, according to a recent study by University College London.

Those from the European Economic Area (EEA – the EU plus Norway, Iceland and Liechtenstein) made a particularly strong contribution in the decade up to 2011, contributing 34 per cent more in taxes than they received in benefits, the study found.

Other data backs this up.

In 2008-09, at the height of Labour’s policy of so-called ‘uncontrolled immigration’, A8 immigrants paid 37 per cent more in direct or indirect taxes than they received in public goods and services.

And before someone makes a boring argument about Britain’s benefit system being ‘the most generous in Europe’, that isn’t true either. A study by the Economic and Social Research Council’s Centre for Population Change (CPC) carried out last year found that the UK had below average levels of welfare spending among developed nations. (See graph). 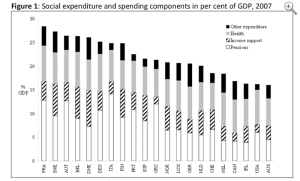 There is no reason to view Britain as any more attractive to benefit tourists than other EU countries, and no reason to view the latest ‘crackdown’ on ‘welfare tourism’ as anything other than an attempt to shore up the right-wing vote.

45 Responses to “We repeat, migrants are *less* likely to claim benefits than indigenous Britons”