The Labour Party is tonight calling for the establishment of a truth and reconciliation commission on Northern Ireland. 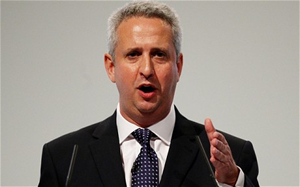 The proposals are contained within the party’s submission to the all-party talks on dealing with the past, parades and the flying of flags, which is being chaired by the US diplomat Richard Hass.

Following a week in which Stormont raised concerns over the alleged role of Gerry Adams in the ‘disappeared’ and Northern Ireland’s attorney general called for an end to prosecutions against those involved in the troubles prior to the Good Friday Agreement, Labour is calling for the Northern Ireland executive to establish a commission with a five year mandate, chaired by a “credible international figure”.

“The Haass Talks come at a crucial moment for Northern Ireland. It is essential all Northern Ireland parties supported by the UK and Irish governments use this opportunity to agree a comprehensive strategy for dealing with the past. This will require courageous and visionary political leadership which puts the interests of victims and their families ahead of party political considerations.

“Our submission is rooted in the principle of parity of esteem for all communities in Northern Ireland. We propose a comprehensive framework to address the complex issues of truth, justice and reconciliation with the needs of victims and their families put centre stage.

“Our proposals on reconciliation build on positive initiatives both at a grassroots level and by the Northern Ireland executive. They are the key to providing a ‘bridge’ from the past to the future. Our ambition should be to move from a cold peace to a warm peace within a decade.”