John Major is right to talk about the dominance of ex-private school pupils in public life. The problem is bigger than that, though. 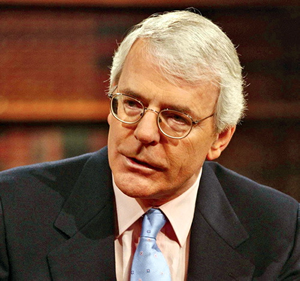 Former Prime Minister John Major has described the dominance of privately educated children in the “upper echelons” of public life as “truly shocking”.

Major’s comments come on the back of a recent intervention over energy prices, in which he called for a windfall tax on the profits of the Big Six.

Despite first impressions, Major hasn’t had a late life conversion to socialism, however; rather he is simply stating the obvious: the dominance of private school alumni in public life is plain for all to see.

It isn’t just in politics that ex-private school pupils dominate, either. Today it’s almost impossible to break into journalism without significant financial backing due to the sheer amount of free work expected from a budding hack. After all, the only people who have time to fool around for no money are the people who already have plenty of it.

It would be a mistake, however, to view this strictly as an issue of private vs public education: comprehensives are just as likely to fail poorer pupils as private schools are to boost the chances of the elite.

This has a great deal to do with the assumption that selection in mainstream education was somehow abolished with the dissolution of the grammar school system. It wasn’t. It’s just that today it happens arbitrarily by house price rather than arbitrarily by a test taken at 11 years old.

Schools campaigner Fiona Miller summed up the blind spot many have about comprehensive education when she wrote last year that “Selective education was largely abolished (emphasis my own) because middle-class parents were incensed at their children being labelled failures at 11 and forced into secondary moderns starved of the balanced intakes all schools need”.

Taking her comments in reverse order, undoubtedly many affluent parents were indeed incensed when mummy’s little soldiers failed to pass their 11 plus; however in no sense was selection “abolished”, largely or otherwise, with the dissolution of grammars. It was instead replaced with selection by the most ruthless commodity of all: cold hard cash.

Access to a good comprehensive today is often decided by the ability of a child’s parents to pay the price of a house in a desirable catchment area. In 2012 premiums on houses in areas with good schools commanded an average price of £309,732 – 42 per cent higher than the average price of £218,114.

I’m not sure I wish to make the argument that grammar schools should be brought back in their old form – it’s incredibly unfair to allow the future of a child to be determined at 11 years old by a single test, the result of which was often prejudiced by the class background of the child.

However some honesty about school selection would be welcome: it’s just as prevalent today as it was under the old system, it’s just that today it’s the price of the parents’ house that determines what sort of school a child ends up at, and so often where they end up in life.