Free schools are underperforming compared to all schools inspected by Ofsted. 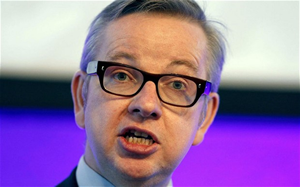 According to education secretary Michael Gove, the new free schools set up by the coalition government are “beacons of excellence” which are “driving up standards everywhere”.

In saying this, Gove is echoing something Prime Minister David Cameron said in the Commons last month:

And yet according to new figures from Ofsted, free schools are actually underperforming compared to all schools inspected by the regulator.

According to an answer by Ofsted to a parliamentary question from Jim Cunningham MP, 16 per cent of free schools were rated as ‘outstanding’ compared to 20 per cent of all schools.

8 per cent of free schools were rated as ‘poor’ by Ofsted, compared to just 2 per cent of all schools.

There have been a number of high profile cases of underperforming free schools in the news recently:

Data on free schools can be found here. All schools here: 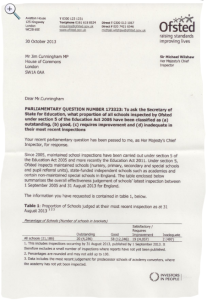 3 Responses to “Free schools performing WORSE, according to Ofsted”