Democracy is irrelevant and the impact of voting is negligible, according to Russell Brand. 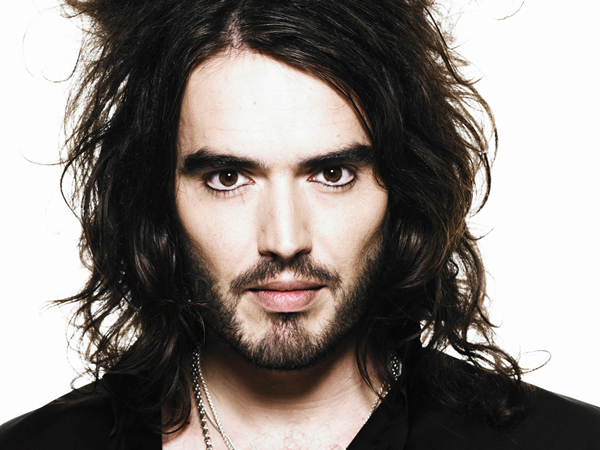 Democracy is irrelevant and the impact of voting is negligible, according to Russell Brand. Much more important, he writes, is that there are ‘Men and women strong enough to defy the system and live according to higher laws.’

If this is all a bit Mussolini for you, then I have some good news: voting can and does change things and there is no need to rely on the power of ‘strong men and women’ and ‘higher laws’.

Here are just five reasons why voting is so important. I’m sure you can think of more.

1. It kept the far-right out

In 2004, the British National Party narrowly missed out on a seat in the London Assembly, losing by just a handful of votes. In 2008, the party also came close to winning council seats in Amber Valley where the party lost by just a single vote.

Considering the fact that Russell Brand has spent some time around the BNP for his documentary Nazi Boy, it’s strange that he doesn’t recognise how crucial voting has been in keeping the fascists out.

2. It made possible the creation of the National Health Service

Believe it or not, the Attlee government of 1945 to 1951 had to win an election in order to carry out its sweeping social reforms such as the creation of the NHS. At the risk of stating the obvious, Labour secured 393 seats in the House of Commons because people actually went out and bothered to vote.

There was plenty of ‘revolution’ in Russia at the time of course if that was your thing, where millions of people were being murdered by Stalin and the Bolsheviks; but the welfare state was created by compromise and lots of boring meetings. Oh, and by voting.

It has become incredibly fashionable in recent years to sneer at the last Labour government. Like most forms of cynicism, however, this depends on a certain amount of detachment from the consequences of apathy. To put it bluntly, Russell Brand has a $2 million dollar mansion in the Hollywood Hills; it therefore makes very little difference to him whether there is a minimum wage or not or whether there are free prescriptions for people undergoing treatment for cancer.

This is not to say that wealthy people don’t often care about such things; but ultimately they do have the option of not caring, whereas poor people don’t. This is why celebrity cynicism should be taken with a pinch of white powder.

4. Young people get a raw deal from politics precisely because they don’t vote

Russell Brand has been commended by many for connecting with young people who get a raw deal from the political establishment. And I would agree, today’s young people do seem to have a hard time of it compared to older relatives. There is no longer any such thing as a job for life, a university education incurs massive debts, and for most young people buying a home is a pipe dream.

You can be sure, however, that the government and the opposition will court the so-called grey vote far more assiduously than young people as we approach the 2015 General Election. And the rational for doing so is simple: older people are far more likely to turn out to vote than younger people. Getting young people engaged in politics and voting would do far more to change this than encouraging them to become even more apathetic than they already are.

5. If you don’t believe in voting, what do you believe in?

While it may be enough on the celebrity circuit to rally against ‘the regime’ and lazily call for ‘revolution’, if you appear on programmes like Newsnight and in the pages of the Guardian you should expect to have to expand on what it is that you want.

Brand puts his faith in ‘Men and women strong enough to defy the system and live according to higher laws.’ But what ‘higher laws’? and who makes such ‘laws’? When he calls for ‘socialist equality’ what does he mean? Absolute equality secured by extreme force, or a reduction in inequality? If it’s the latter, then that is a view I share, which is why I will vote for a candidate at the next election who proposes that. If it’s the former, North Korea is supposed to be very nice at this time of year.

88 Responses to “A response to Russell Brand: Five ways that voting does make a difference”