The City of London’s status as the world’s capital of carbon trading and finance is being undermined by Conservative MEPs. 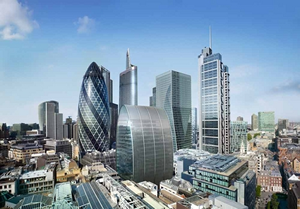 The creation of the Emissions Trading Scheme in 2005 was heralded as a significant opportunity for the City of London. While London has clearly benefited from the EU taking the lead on tackling climate change, problems within the ETS pose a serious risk to the predominance of the City as the home of carbon finance and a number of jobs have already been lost.

The City of London has been a major beneficiary of the EU’s leadership on climate change. London is now home to 93.5 per cent of the market in carbon exchanges. Total annual volumes of emissions contracts have increased every year, with volumes in 2012 nearly 100 times greater than the 2005 level. London is now second only to China as the home of climate-themed bond issuance, with trading in 2012 worth $50 billion.

In recent years, however, the ETS has faced significant challenges. Emissions fell faster than expected during the global financial crisis, causing a collapse in the carbon price. Oversupply of permits during the second phase of the ETS has been an albatross around the scheme’s neck and deterred investors.

Most damaging of all, the initial failure of proposals to address the problem in phase 3, known as ‘backloading’, has dented confidence in Europe’s political commitment and damaged the prospects for schemes elsewhere.

As reported in today’s FT following research by IPPR, the City of London’s status as the world’s capital of carbon trading and finance has been undermined. At least 10 London banks have scaled back or closed their carbon trading desks. According to Anthony Hobley, president of the Climate Markets and Investors Association, the number of City workers employed on carbon desks has fallen 70 per cent in the past four years – from a couple of thousand to just a couple of hundred.

New opportunities are increasingly being exploited by other financial centres such as Sydney and Singapore. As one City investor told us during our research, “Structural reform [of the ETS] has to be seen as enduring and stable and free of policy and regulatory interference. If there is a lack confidence that that can be delivered then major questions are going to be asked about the ETS, especially against the backdrop of what is happening elsewhere, such as China.”

IPPR recommends the reform of the ETS to restore its credibility. We suggest both one-off reform to get phase 3 back on track and structural reform to ensure that the debacle undermining it at present can never happen again.

While it is desirable, in order to provide a stable, long-term price signal for investors, an EU carbon floor price or price management reserve appears to be off the table. Instead, the direction of travel within the EU is towards a reserve system on the supply side, which would respond to future surpluses caused by shocks, such as the global financial crisis, that have hampered the scheme in recent years.

We believe that an entirely automated, algorithm-based approach, which appears to be favoured by the Commission, could struggle to distinguish between different kinds of surpluses and would lack political accountability. IPPR recommends the creation of a new Carbon Market Policy Committee, based on the ‘goal-dependence, instrument-independence’ model of the Bank of England’s Monetary Policy Committee.

This should have clearly defined goals to reduce emissions at the lowest cost, but be given flexibility to intervene in the supply of allowances in pursuing this goal.

The prospects for a scheme of this nature will depend on whether support can be found in the European Council and Parliament. Climate secretary Ed Davey has been working hard to form a ‘Green Growth Group’ to push less ambitious ETS reforms, but the real problems could lie in the Parliament.

Despite the potential benefits for the City of London, Conservative MEPs voted against the British government when the ‘backloading’ proposals came to the European Parliament in March. They will need to be kept in line if any kind of progress is to take place.