If we want an energy system we can all afford (both people and the planet) we must address the route problems - our reckless dependence on polluting gas, and the appalling state of our heat-leaking housing stock. 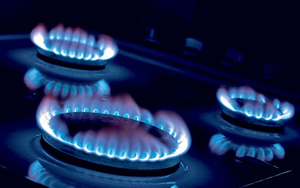 Donna Hume is a political campaigner for Friends of the Earth

Caroline Flint hit the nail on the head on BBC Question Time this week – David Cameron’s attempt to blame green policies for rising fuel bill hikes is simply a shoddy attempt to deflect attention from the real issues.

Labour has pointed the finger at energy company profiteering – and rightly so. It’s outrageous that their profits have increased by 74 per cent in just two years, while cash-strapped households struggle with their bills.

But there’s another reason our fuel bills are soaring – and one the PM seems happy to ignore – and that’s the rocketing price of gas.

In the last eight years, energy bills have risen by a staggering £520, and the Committee on Climate Change says that the vast majority of this has been because of the rising price of gas. Meanwhile, over the same period, measures to support low carbon technologies have added just £30.

Of course, energy firms like to pretend this is all beyond their control. But it’s these same companies that have kept the UK hooked on increasingly expensive and dirty fossil fuels for decades by refusing to invest in clean energy.

If we want to tackle the fundamental issue behind soaring gas prices we need urgent action to build a fossil fuel free power sector. And that’s why we need a decarbonisation target in the Energy Bill.

Claims that a decarbonisation target will put up bills by £125 are entirely wrong. Earlier this year the Committee on Climate Change calculated that supporting low carbon development in the 2020s would only add £20 to bills by 2030. And in the long run, it found that opting for almost carbon-free power by 2030 would cost consumers £25-45 billion less than embarking on a new dash for gas. With a high gas price, consumers would save £100 billion.

Why? Because once you’ve built renewable energy, it pretty much runs for free. After all, there is no charge for the wind, the waves, or rays from the sun. The price of gas on the other hand, just goes up and up.

In Germany, energy firms that sell fossil fuels are already taking a hit on their profits because green energy is pushing wholesale prices down. Is it any wonder that most of the Big Six energy firms and Chancellor George Osborne – who all appear to be fixated with gas – are against a decarbonisation target?

Another key solution to rising bills is cutting energy waste, which energy companies also aren’t keen on. Following its recent price hike, British Gas/Centrica issued a press release calling for the government’s already meagre scheme to insulate people’s homes – ECO – to be delayed and watered down. It’s a shocker – an energy giant that doesn’t want to help you buy less energy. It’s hard to believe a company that pays its chief executive £36,000 a week can’t afford to help people save energy.

A nationwide scheme to super-insulate homes and end fuel poverty is needed – and all parties must commit to the spending to do it. And it must start now. What’s more this must target the poorest first and be coordinated by local councils. The energy companies have palmed us off with free lightbulbs for too long. Such a programme would cut an average of £310 from the energy bill of every house insulated.

A firm commitment to move away from fossil fuelled power could also help struggling families’ by securing thousands of much needed new jobs, which current hang in the balance. Investors worth £1 trillion recently wrote to the chancellor urging him to introduce a decarbonisation target to give them the confidence to go ahead with renewable energy projects and new manufacturing centres in Britain, or risk losing out to other countries.

On Monday, the House of Lords is voting on an amendment to include such a target in the Energy Bill. The proposal already has wide-spread support and hopes are high that it will be passed.

In the end, if we want an energy system we can all afford (both people and the planet) we must address the route problems – our reckless dependence on polluting gas, and the appalling state of our heat-leaking housing stock. It’s ironic that the Prime Minister – and the energy companies – are attacking the very solutions to those problems.

4 Responses to “The real solution to rocketing energy bills”