Transport for London officers know the New Bus for London is a short lived vanity project that will be closed down as soon as Boris leaves City Hall. 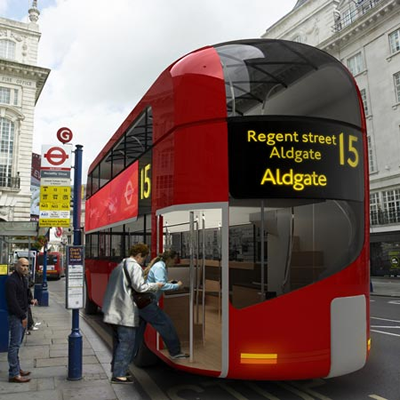 By the end of next year, the New Bus for London (NBfL) will account for around 2 per cent of bus fares. By the time we get all 600, BorisWatch has calculated that it will be soak up over a tenth of London’s fast declining, central government bus subsidy.

The only way for a new Mayor, elected in 2016, to keep the fares down would be to cancel any further orders for the NBfL and ensure that the driver-operated rear doors were always shut between stops.

The Mayor made a very personalised attack on me last week when I suggested that cancelling the whole project was the only logical response to the news that a woman had tragically fallen off the back of one of these New Buses.

It was nothing I hadn’t said several times before, but Boris is clearly sensitive to the criticism because accidents like that seem inevitable, even with us paying for a health and safety officer on the back of every bus.

I agree that the old Routmaster was an iconic bus, but bus design, across the world, has dumped the open rear platform because it is inherently dangerous.

I am aware that the Mayor relishes such dangers. He lauded the return of ‘hop on, hop off’ experience:

“It is, as far as I know, one of the few recent examples of a public policy that actually gives back, to sentient and responsible adults, the chance to take an extra risk in return for a specific reward.”

This is the same ‘keep your wits about you’ attitude with which the Mayor has approached cycling and road design. The result on our roads has been a rapid escalation in the number of cyclist casualties. The result on the buses has been disastrous throwback to a time when Routemaster buses led to twice as many fatalities as modern buses.

The bus operators may have been lumbered with a dangerous vehicle, but have been unwilling to pay for the mistake. They demanded the additional safety staff be paid for by the Mayor (i.e. through higher fares).

Transport for London officers know this is a short lived vanity project, which will be closed down as soon as Boris Johnson leaves City Hall. As the head of Transport for London’s Surface Transport, David Brown, pointed out in 2007, if we had to have these extra staff on all routes it would cost around £600m a year.

If the Mayor achieves his aim of delivering nearly three hundred NBfL vehicles by end of next year, then extra staff costs could be just over £18m. To this you can add the extra cost of the vehicles, which is around £67,000 per vehicle, if the cost of the prototypes are added to the production of the 600.

TfL are trying to argue that this is paid for by cheaper contracts, but the Assembly will remain sceptical until TfL open the books on the before and after comparison. TfL also argue that the total investment of £223m in these new buses won’t require them paying any interest, which is not a logic they would apply to other forms of capital investment.

The Mayor has recently said that the lower fuel consumption of the New Bus for London means that the operators are getting a better deal. However, his figure of 12.7mpg on the test track is twice as much as TfL say the prototype buses are achieving on the road.

The prototype NBfL is almost as efficient as other hybrids, but far from being the best. The problem is not the efficiency of engine design, but the sheer weight of glass and the extra staircase, that it has to haul around. The modern technology just can’t compensate for the fact that the bus is obese.

The consequences of higher fares are a drop in bus ridership and an increase in car travel. It is a reversal of the twelve years of success in reducing traffic in London and this Mayor’s policies are firmly to blame.