The far-right in Europe is winning support by combining anti-immigration rhetoric with a populist economic agenda. 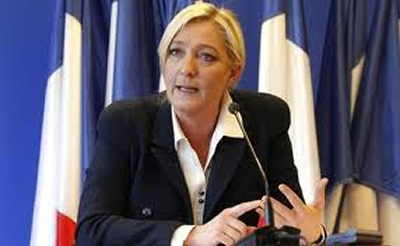 A candidate for the French far-right National Front (FN) party has won a by-election in the south-east of the country.

A poll commissioned by French news magazine Le Nouvel Observateur asking French voters how they will cast their ballot in next year’s European parliamentary elections also has the FN on top with 24 per cent of the votes.

“For the first time in a poll on voting intentions in an election of a national character, the FN is clearly ahead,” an Ifop pollster said.

The rise of the French NF mirrors the growth in support for nationalists across Europe, with the far-right in Austria, Bulgaria, Poland and Austria also registering high in the polls on current projections. Dutch anti-Muslim populist Geert Wilders is polling well and Greek Neo-Nazi party Golden Dawn is now the third biggest party in Greek politics.

The rise of the far-right in Europe, and in France in particular, is no reason for liberals this side of the Channel to feel smug, however. The past year has seen the growth of our own anti-immigration and anti-EU party in the form of UKIP, and a 2011 poll found that half of British people would support a party of the far-right if it eschewed violence.

Ironically, France’s FN has grown in popularity as the party has combined  anti-immigrant sentiment with the sort of anti-globalisation, anti-market rhetoric that is usually the preserve of the left. This explains why the French Socialist Party is losing just as many voters to Len Pen as the centre-right UMP.

It also reflects a wider phenomenon. Across Europe, as the political mainstream has converged on an increasingly narrow strip of political territory popularly known as the ‘centre ground’, movements of the far-right have co-opted some of the old economic causes of the left and fused them with more traditional far-right grievances. As Cecile Alduy puts it in the Atlantic, “whereas [former FN leader] Jean-Marie was anti-abortion, socially conservative, and a staunch advocate of small government, Marine is pro-choice, gay-friendly, and economically interventionist”.

The combination of anti-market rhetoric and extreme right-wing ideology in part explains the surge in support for leaders such as Le Pen. It is not simply that people become more hostile to outsiders during crisis (although they do), it is that people also look more to the government for solutions, which the far-right is professing to offer in the form of greater intervention in the economy.

The fact that the extreme-right is able to offer more radical sounding economic proposals is helped by the fact that in most instances it remains on the political margins.

This combination of economic populism, anti-establishment rhetoric and xenophobia is not new – 20th century fascism was well known for it –  but it has become an increasingly effective tool of the far-right as mainstream parties of the left have come to be seen as just as much a part of the establishment as their conservative counterparts.

In Britain, the British National Party (BNP) may be experiencing a slump, but politically its platform resembles the mainland European extreme right in its combination of racism and economic populism. The party opposes British membership of the EU, is “committed to stemming and reversing the tide of non-white immigration,” yet runs candidates on a platform of an interventionist economic policy which supports import tariffs.

This is why the far-right in its current form is so dangerous: it is much harder to oppose a party which papers over its racism and xenophobia with populist dressing of the left and centre.

The BNP has failed to make significant gains in Britain, but there is very little reason to think a party which combined hostility to foreigners (usually Muslims) with populist economic intervention could not make electoral progress. According to a number of polls, the public supports the nationalisation of things like the trains and the utilities, but there is also widespread hostility toward immigration and the EU.

This presents a dilemma for a generation of professional politicians trained to triangulate and seek out the centre ground between right and left. Rather than pandering to anti-immigrant sentiment, to ward off the threat from the far-right the British and European left will at some point have to rediscover its own anti-establishment credentials and persuade sceptical electorates that they can make the market work again.

If it cannot do that, the far-right may make further dangerous gains, and not only in France.

26 Responses to “The European far-right is growing. And not for the reasons you think”