A senior academic has raised questions over the viability of the SNP’s council tax freeze. 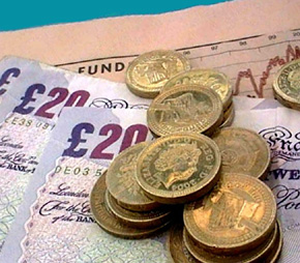 How to finance local authorities has long been a contentious issue as Margaret Thatcher found out to her cost in the wake of the despised poll tax.

Across Scotland, the debate is now raging again following an interview given by a senior academic, raising questions over the viability of the SNP’s council tax freeze, a policy mirrored by the Scottish Nationalist’s bed fellows on this one, the Conservatives.

Writing for Scotland on Sunday yesterday, professor Arthur Midwinter, an associate member of the Institute for Public Sector Accounting Research at Edinburgh University, warned that the council tax freeze is having a detrimental impact on efforts to tackle poverty across Scotland.

Arguing that Scotland’s focus on ‘free’ benefits and on a council-tax freeze has led to cuts in efforts designed to help people out of poverty, Midwinter, who was asked by Labour leader Johann Lamont to examine Scottish public spending, wrote:

“Scotland faces the severest cuts in public spending in modern history. Plans are in place to reduce the Scottish block grant by a further £2.2 billion over the next three years.

“All of the savings have to be made on current spending, rather than on capital investment.

“The Scottish government has already delivered £3.6bn of savings through cuts in staff costs (wages, job losses and early retirement packages), in capital spending and cuts to grants in local councils which have borne the brunt of the savings.

“Yet during the past five years, the SNP has increased spending on benefits (free prescriptions, personal nursing care etc) and subsidised the council tax freeze. Spending on these areas has risen from £568m in 2007 to £1,666m in next year’s budget. It is now 6 per cent of the total budget.”

“The major gainers from these universal benefits have been the middle and upper income households, as low income households already received financial support for costs like council tax, prescriptions and education prior to these changes.

“The Scottish budget claims that the council tax freeze is progressive yet their officials have produced statistics for the parliament showing the annual saving in Band A is £60, or 0.3 per cent of net household income, compared with £370, or 0.8 per cent, for Band H residents.

“Prioritising these measures has compounded the UK’s austerity agenda.”

Addressing the impact of the Council Tax freeze, Midwinter concludes:

“The result has been 40,000 job loses, cuts in services and increased charges. In addition, the Scottish government transferred a number of high-profile anti-poverty grants into council overall spending – meaning that they can spend it on what they like. These included the Community Regeneration Fund of £113m, the Supporting People Fund of £384m and the Fairer Scotland Fund of £145m.

“There have also been cuts in the housing and regeneration budget of £307m and Education Maintenance Allowance of £15m. The result is that about £1bn of targeted spend on poverty has disappeared. Despite the deputy first minister claiming in 2008 that her government would ‘address the root causes of poverty once and for all’, poverty levels have increased since then.

The warning has led Scottish Labour to call for a cross party discussion about the future funding of local authorities north of the border. Speaking to the BBC’s Sunday Politics Show for Scotland yesterday, the party’s leader Johann Lamont, who last year questioned the viability of some universal benefits, told the programme:

“I want a discussion not where the parties get dividing lines between each other but come together and address the challenge of how do you properly build a confidence in the way you raise taxes locally?”

In response, the SNP typically failed to step up to the plate and have a sensible, adult discussion about the funding of universal benefits, instead reducing the tone of the much needed discussion to a sound bite attack on what it dubs’ Labour’s “cuts commission”.