To turn RBS into a network of community banks, looking at German Sparkassen for inspiration, would be a step closer to the kind of relational finance our communities desperately need. 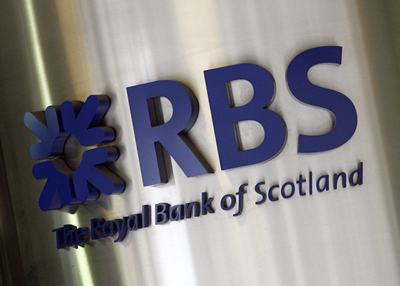 Earlier this year the think-tank Civitas came up with the eminently sensible idea that the Royal Bank of Scotland (RBS)  be turned into the equivalent of German Sparkassen – a form of community bank that grew from providing home to local people’s savings into an institution that outperforms its commercial competitors with full retail output.

Today is the opportunity to have that addressed in an official context, as the Lords hosts debates on amendments to the Financial Services (Banking Reform) Bill.

One of which, tabled by Lord Sharkey, is on competition and diversity – which essentially calls for locally constrained lending, regional autonomy for branches, multi-stakeholder governance, and explicit social purpose for banks in which government is a majority shareholder.

Such an idea should have more backing from the Labour party.

Indeed earlier in the year, while big society was looking more and more like a big hoax with empty promises, the party of cooperatives and mutualism decided to come out in favour of regional banks.

It was an easy win, too, because RBS was a costly shell that needed more than just a lick of paint. The problem began when there was huge denial (or institutional smokescreens) from the regulator regarding the bank. Back in 2010, the Financial Services Authority (FSA) had a secret probe on the failing bank that it only released after the press got wind of it.

Even then Lord Turner only published it after permission from Steven Hester – a sign of weakness by the FSA (as blogger Chris Skinner noted at the time).

It was also found, this time by journalist Ian Fraser, that after an ‘independent’ review by PwC, the FSA decided to close its investigation of the Royal Bank of Scotland and exonerate the entire board. Fraser went on to call this a ‘cover up‘.

In a time when all politicians have to kowtow to big finance, all would be forgiven if the shareholder received his or her (un) just deserts.

But no such luck. Back in 2008 the world was scrabbling around for answers to the question: “what can solve the banking crisis?”

Nobody knew, but we all knew what the answer wasn’t. Shares in RBS worth £1 in 2007 were worth less than 10p by 2008 – the powers that be could not sweep this under the carpet so quickly.

The mounting poor luck of RBS reached the triple when the taxpayer realised it was losing money on it. There is debate over the exact figure, but that doesn’t make things any easier for the bank.

RBS and Lloyds together lost in excess of £21.5bn by 2011 – around £700 per taxpayer. The guts hung out for all to see when in the same year finance director Bruce van Saun admitted that the bank paid no corporation tax in that year as it had gained deferred tax assets of £6.3bn to use up from previous loss years.

Indeed aside from that, even with other banks looking in laughing, how does a bank – described by one paper as ‘mired in the Libor scandal, pulling the plug on thousands of jobs and racking up losses of £5.2billion’ – even consider dishing out bonuses at all?

Fines of £381 million for Libor, £2.2 billion for mis-selling payment protection insurance, and £700million for the mis-sold interest rate swaps – but still in 2013 it chucked away £607 million in bonuses including Hester’s own deferred shares bonus of £780,000.

So can the German Sparkassen model remedy all this? They certainly provide a worthy model to emulate.

Of the 438 savings banks called Sparkassen in Germany, all but seven are publicly owned. They were first created in the 19th century as a way of providing low income households reliable investment opportunities with modest interest. They became independent institutions in 1931 so as not to drown with public funds in the global and economic financial crisis but today are governed by savings banks laws of the federal state.

In 2008, when share prices of RBS were significantly losing worth, German Sparkassen were making a billion in profit. Was that money just lining the pockets of a few already wealthy men? Not a chance. Surpluses remain with the Savings Bank and within the region, while profits are used both to increase equity and for non-profit purposes.

Sparkassen are also very innovative in serving their communities. One Spakasse in Gifhorn Wolfsburg could no longer justify running one of its branches within its network. What happened next was the Sparkasse came to an arrangement with the German Volksbank to run a self-service branch on a shared basis. Costs would be allocated to the partners on a per transaction basis. The reconfiguring only took two weeks, minimal damage done.

We cannot be so starry eyed. We will not just be able to transfer one model from Germany to the UK. We have different systems in this country, a different finance culture, and rougher outcomes of the global financial meltdown than our neighbours.

But the current model is bust. Banks that have the government as the majority shareholder are failing to innovate and look elsewhere for inspiration on how to service communities better.

To turn RBS into a network of community banks, looking at German Sparkassen for inspiration, would be a step closer to the kind of relational finance our communities desperately need.

One Response to “Turn RBS into a network of community banks, based on the German model”