The problem with under 25s is not Housing Benefit – which often provides essential support for those with no other home to go to – it’s a failed system of benefits, training and work. 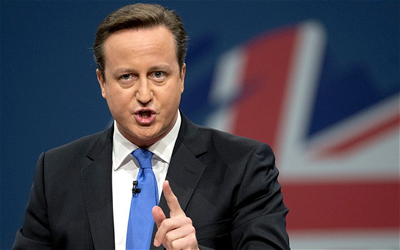 Graeme Cooke is director of research at IPPR

In his speech at the Conservative party conference yesterday, David Cameron argued that anyone under 25 should be barred from claiming housing or unemployment benefits, forcing them to study, train or find work. Young people should be “earning or learning”, Cameron said, and it is the state’s job to be “nagging and pushing” these young people not to be idle.

Cameron is right to worry about the million 16-24 year olds who are in that terrible category of ‘NEET’ (not in education, employment or training). Failing to achieve a decent education or spending long periods out of work is terribly damaging to young people’s future prospects – and a waste of talent for society.

But the problem is not Housing Benefit – which often provides essential support for those with no other home to go to – it’s a failed system of benefits, training and work for those under 25.

Young people who don’t go down the traditional university route are faced with a set of unpalatable options. If they claim JSA they can’t continue learning, even if they have not yet got good qualifications. If they seek training they can be short changed by a fragmented and badly organised further education system, which doesn’t always prepare them well for getting jobs.

If they claim ESA or Income Support they are in a passive system that risks them drifting into long term inactivity, cut off from the world of work. And while good apprenticeships are great for young people, too many are going to those aged over 25.

Improving the situation will take more than a series of initiatives – especially when they are just about withdrawing support. We need to establish a distinct benefits, training and work track for young people, which keeps them out of the adult welfare system.

This would be organised around a youth allowance – or universal youth credit – for those without other sources of income, and conditional on participation in training or searching for a job with prospects. The priority would be to ensure young people have acquired a basic level of education that enables them to enter the labour market and advance to higher level learning or a job with prospects or training.

Other routes into the benefits system, through less active benefits, would be closed off, other than to those with a serious disability acquired in childhood or young parents with very young children. To succeed, parallel improvements would be needed in vocational education, including responsibilities on employers to provide work and training for young people.

Such an approach would be similar to those in countries like the Netherlands and Denmark. These countries have high quality vocational training and apprenticeship systems, combined with intensive job search, with routes to long-term, inactive benefits cut off. Both countries have among the lowest rates of youth unemployment in Europe.

David Cameron’s pointed to a big problem in his conference speech yesterday, but his policy solution was way off target.

One Response to “All young people should be ‘earning or learning’, but cutting their Housing Benefit won’t achieve it”