Attempts to address human rights abuses within minority communities is too often met with accusations of bigotry. 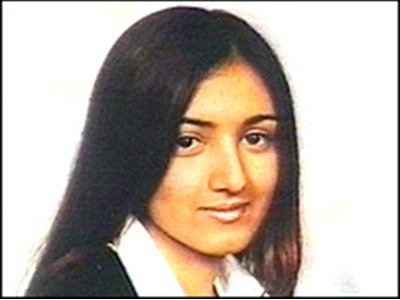 An undercover investigation from ITV’s Exposure has revealed that some Muslim clerics in the UK appear to be willing to perform marriages of underage girls:

“Two undercover reporters called 56 mosques for Exposure to ask whether they would perform the marriage of a 14-year-old girl.

“Two-thirds of those contacted refused to perform the marriage, and many of them made clear they found the request abhorrent. But 18 of the respondents spoken to agreed.”

Official government figures estimate that around 400 schoolgirls, mainly of south Asian origin, are forced into marriage every year. It is believed that these marriages are solemnised during school holidays when children are sent to Pakistan and India.

According to experts in the field, the official figure is an underestimate and there are indications that many children are secretly married here in the UK.

The problem affects Muslim, Sikh and Hindu communities. Two thirds of underage marriages occur within the Muslim community, which is proportionate to Muslims making up two-thirds of the British minorities. What is unique to the Muslim community, however, is the fact that some Islamic institutions in the UK have created a system that is open to abuse.

Sara Khan, director of Inspire counter-extremism organisation points out to terrible cost of unregistered marriages here.* Only 1 in 10 of the UK’s mosques are registered to conduct civil ceremonies under the 1949 Marriage Act. According to unofficial estimates, 70-75 per cent of Islamic marriages in the UK have not been registered under the Marriage Act.

This means that a majority of marriages amongst Muslims are not legally recognised under British law. This can have grave consequences for Muslim women if the marriage breaks down or the husband dies. Under British law, unregistered wives have limited rights as co-habitants, making it almost impossible to seek spousal and child support. They are not entitled to an equal share of the wealth and assets accrued in marriage, nor are they automatically entitled to inheritance.

To make things worse, many Muslim women assume that their religious ceremony (Nikha) is automatically registered when this is simply not the case. Women are thus denied protection under British law and are forced to turn to Sharia Councils, many of which have been found to discriminate against women.

As ITV’s Exposure has highlighted, unregistered marriages are open to abuse because there are no state safeguards in place. Spouses might be forced, deceived, coerced and married under the legal age for consent. Once married there are no easy ways to end such a union. The state cannot intervene because religious divorce is not a matter for Civil law.

The Mosques and Imams National Advisory Board (MINAB) has issued a response to the programme, reminding mosques that compliance with British laws is of fundamental importance. Disappointingly, MINAB appears unwilling to engage with the programme’s findings, instead questioning the reliability of the evidence presented, without giving valid reasons for their scepticism.

Many of the problems and abuses Muslim women face in Britain could easily be avoided if all Muslim marriages were registered in the first place and thus recognised under British law.

And this is the crux of the problem: if adherence to the law of the land is fundamental, why then does MINAB not call for all mosques to either register under the Marriage Act or require a civil marriage certificate to be produced beforehand in compliance with Section 75 of the act, which makes it illegal to perform unregistered marriage ceremonies?

Most importantly, why is the government not enforcing this law?

The failure of the state institutions to protect girls and women from minority backgrounds does not end with unregistered marriages. Jasvinder Sanghera, founder of the Karma Nirvana charity that supports victims of forced marriage, points out a tragic failure: thousands of Asian girls disappear off school registers each year – yet cases are not properly followed up.

Britain’s moral paralysis, induced by fear of offending cultural sensitivities, was well illustrated in ITV’s Exposure by the case of police support worker, Philip Balmforth. Despite assisting over 2000 women escape ‘honour’ violence and his work being praised by MPs, Mr Balmforth was removed from his duties in 2008 after telling newspapers that Asian children were going missing from schools in Bradford. He was dismissed following a complaint from Bradford Council, where senior figures attacked Mr Balmforth’s work as detrimental to the city’s image.

Any attempt to address human rights abuses within minority communities is too often met with a barrage of accusations of racism, cultural imperialism, Orientalism, ‘white guilt’ and Islamophobia. Somewhere down the line we have become a society where turning blind eye to atrocities is often more palatable than offending the sensibilities of the self-serving community leaders. We have replaced egalitarian universalism with cultural exceptionalism – consequently institutionalising racism in Britain, a worldview that people from different ethnic background are deserving of lesser rights.

This is what happens when societies privilege culture and religion over individual human rights.

There are various measures we could take to prevent abuse of minority women. We could properly enforce existing marriage laws as I have argued above; we could criminalise forced marriages; we could create an environment where girls and women are aware of their rights; and we could empower professionals, such as teachers and social workers, to put safeguards in place.

In the face of the injustice and brutality faced by thousands of women, fear of causing offence seems a particularly trivial and cowardly excuse for inaction. At some point, inaction becomes complicity.

*citation added on 15.10.2013. apologies to Sara Khan for the oversight in the original piece.

6 Responses to “Britain is failing to protect minority women”