Those targeted by a new workfare scheme to be announced by chancellor George Osborne today make up just 5 per cent of JSA claims and 2.5 per cent of the benefits bill. 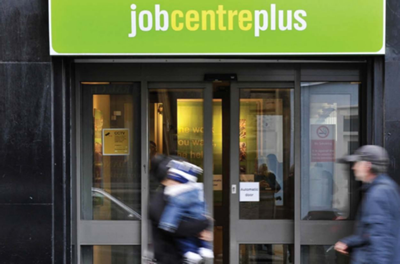 Those targeted by a new workfare scheme to be announced by chancellor George Osborne today make up just 5 per cent of JSA claims and 2.5 per cent of the total benefits bill, according to figures from the Department for Work and Pensions (DWP).

Osborne is set to announce at Conservative Party conference in Manchester shortly that 200,000 benefit claimants who have been out of work for two years will be placed on a new Help to Work scheme, where they will be made to either work 30 hours a week for six months doing community work, attend the jobcentre on a daily basis to look for work, or undertake a mandatory regime for dealing with the issues causing their unemployment, such as mental health problems or drug addiction.

According to today’s Independent, these will be the “most stringent conditions ever on the long-term unemployed”.

The politics of the announcement are clear. Caps on the amount of money claimants can receive and sanctions on those receiving out of work benefits are a vote winner. A recent YouGov poll found that 79 per cent of people, including 71 per cent of Labour voters, support the government’s £26,000 benefit cap; and a survey last year found that 36 per thought it should be less than £20,000 a year.

The evidence that Workfare-style policies make good policy, however, is less clear.

Long-term unemployment is clearly an undesirable thing to have, but contrasted with some of the other problems facing the UK – such as the fact that prices have risen faster than wages in all but one month of David Cameron’s premiership – it’s a bizarre headline announcement for your chancellor’s keynote speech.

Despite being one of Work and Pensions secretary Iain Duncan Smith’s flagship policies, the 2011 scheme has not been particularly successful at getting people back to work, and is currently delivering outcomes close to the performance of the programme it replaced. For those who have moved onto the programme from Employment and Support Allowance, just 4 per cent have found employment.

In this respect, today’s announcement may be seen as a response to the failure of current Workfare policies.

There is no reason to think, however, that the criticisms levelled at workfare won’t also apply to the new scheme. Is, for example, a person spending 30 hours a week picking up litter more or less likely to find a paying job? Research which looked at similar schemes in the US, Canada and Australia found that:

“There is little evidence that workfare increases the likelihood of finding work. It can even reduce employment chances by limiting the time available for job search and by failing to provide the skills and experience valued by employers. Subsidised (‘transitional’) job schemes that pay a wage can be more effective in raising employment levels than ‘work for benefit’ programmes. Workfare is least effective in getting people into jobs in weak labour markets where unemployment is high.”

As shadow chief secretary to the treasury Rachel Reeves put it, “The experience so far has been they cost quite a bit of money and don’t deliver that much in the way of results.”

The new scheme will cost £300 million a year. As yet, there is very little evidence to suggest it will deliver a return on that investment.

This graphic from IPPR shows the stark difference between public perception and reality when it comes to benefits.