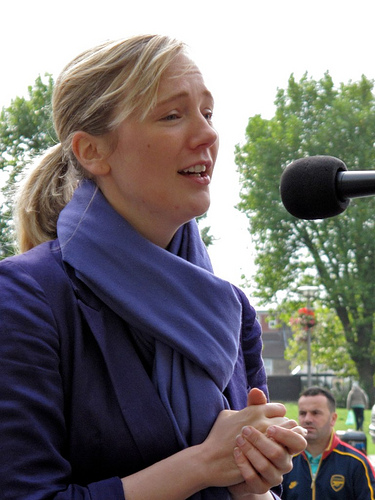 The internet has the capacity to connect families across continents, to bring together social groups so that they can fight for change and to unite writers with their readers, but the dark side of the internet is how easy it is for people to unleash the worst of themselves on people they don’t like.

Today, experts have warned that there is a link between cyber bullying and domestic violence, but there is a lack of attention on how these issues interact.

Polly Neate, chief executive of Women’s Aid, has said, ahead of a conference on cyber stalking and harassment:

“It is critical that we make the link between this vicious online harassment and cyberbullying and real-life violence against women.

“We need to understand that this is part of a domestic violence spectrum and we have to challenge this type of misogyny because it is the backdrop that allows that violence to take place.”

Public figures like Laurie Penny and Caroline Criado-Perez have faced the most extraordinary and disgusting abuse and threats, but it is not only those in the public eye who suffer harassment and bullying over the internet. Men, women and children can all be victims of cyber bullying. A recent report by the NSPCC revealed that 10% of children faced daily abuse at the hands of internet trolls. The case of Hannah Smith, who killed herself after being bullied online, was a tragic example of what cyber bullying can do.

“We are particularly worried about the impact of these risks on younger children, and this is what our forthcoming report will focus on. We must ensure young people have the confidence to speak out against this abuse, so that they don’t feel isolated and without anywhere to turn.”

When it comes to internet abuse more generally the gender issue is undeniable. Female journalists and campaigners seem to be more likely to be harassed and threatened online than their male counterparts and women who have left violent partners are at risk of being tracked down and threatened.

“Greater access online is putting women at increasing risk of being tracked down by violent former partners – we live our lives online now and the structures in place to keep women safe in these spaces just haven’t caught up.”

“Services are struggling to provide even basic care – how are they meant to cope with this new challenge? Services are being pared down to the bone and in danger of ceasing to exist at all.”

The internet is so new and offers so many avenues of communication that society is only just catching up to its possibilities – both good and bad. As Neate points out, in a time in which domestic violence charities are facing cuts, it is even harder to take the steps necessary to combat internet based type of abuse.

So, what can be done? All too often debates over internet harassment seem to capture the scale of the problem, but are lacking when it comes to solutions.

A button on twitter in which people can report abuse is a good first step. Websites like Ask.fm, due to the anonymity of those who ask questions, can easily be a tool for bullies and needs to change. If possible parents should warn children away from using websites like Ask.fm, but I realise that this may not be enough. Beyond that Ask.fm has to fulfil their pledge to increase the number of moderators and make it easier to report abuse.

“If I received a bomb threat through the post, there is a protocol for dealing with that, but if I receive it online there is nothing in place.

“We have to challenge this attitude that women just have to learn how to deal with these online threats, that they should be ignored.”

More widely there has to be cultural changes. Misogyny has to be continually challenged and people need to learn that its shameful to respond to people you don’t like with threats of violence and abuse. As Caroline Criado-Perez says,

“It’s not just about addressing social media, it’s about tackling a deep-seated cultural problem, which takes time and financial investment – and this government is just not interested in that.”

2 Responses to “The internet has changed the world, but we need to wake up to cyber bullying”