The Daily Telegraph’s ‘Better Sex Education campaign’, aims to update the way sex education is taught in schools to include reference to the internet. 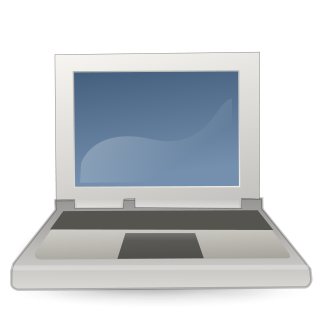 Elsa Vulliamy is a philosophy undergraduate at the University of Sheffield. She has written for the Independent, Observer and Guardian and is actively involved in student media.

For someone like me, pornography is a bit like radioactive waste. It’s something everyone knows about, but nobody talks about. It lingers there in the background growing larger and larger as time goes by. Should I ever find a use for it, it is available in abundance.

Now, a parent is unlikely to be keen on exposing their child to a load radioactive waste. It is a harmful substance. It could damage them for life, and a parent lives in fear of doing that to their child. But what if radioactive waste was scattered all over the street, if you knew your child was eventually going to come into contact with it? Personally, I’d much rather they knew about this danger and were able to protect themselves than roamed the streets unprotected.

In this day and age, protecting your kids seems to have taken priority over setting them up to deal with the things you’re trying to protect them from. Gone are the days when you could play out on the street with neighbours, or bathe in a pool of mud eating worms. Parents have somehow convinced themselves that they can keep their kids safe forever by hiding them from the world.

It’s understandable that parents want to avoid their kids being exposed to pornography. But we live in a world where a simple Google search can lead you into the depths of an unlimited supply of easily accessible content. Hence, the government has recently announced their support for the Daily Telegraph’s ‘Better Sex Education campaign’, which aims to update the way sex education is taught in schools to fit the fact that internet pornography is something children are inevitably going to become aware of.

It’s not often that I find myself in agreement with Cameron or the Daily Telegraph, but I would argue that wanting to warn children about pornography at school is not as prudish as it may come across. The danger of children coming across pornography is not that it exposes them to sex in itself, but it may stop children from getting the right idea about what sexuality actually is, which is exactly what sex education is meant to be about.

I’m not thrilled with the increasing access to pornography myself. It is unrealistic, it’s degrading to women (and often men too), and fails accommodate any kind of intimacy into its presentation of sexuality. The way we view people in this day and age as objects that are liable to be moved about as it pleases those in power has never been quite so glaringly obvious as it is on a porn website. But as an adult I am able to understand what it is intended to provide is entertainment – albeit of a very specific type- and that pornography is much closer to fiction than it is to reality. What it is not is an instruction manual. I view it the way I might view a science fiction film (we all wish Star Wars was real too, but that doesn’t mean it is).

The London School of Economics reported all the way back in 2002 that 9 out of 10 children aged 8-16 years had viewed pornography on the internet. The avoidance of the topic in schools does not mean, as parents may wish, that their child is not exposed to internet pornography. What it does mean is that they are more likely certain to interpret it as guidance on the way they should behave sexually because they do not have enough real information.

Though it’s not ideal, the fact that our children will almost certainly come across pornography  on the internet is not in itself harmful. If your child already understands the birds and the bees then the basics of pornography won’t come as a shock. However, if they are allowed to go on misinterpreting pornography, interpreting it as a realistic representation of adult sexuality, they are in far more danger than if they were told about it outright.

Simply adding it to the guidelines for sex education in schools is not going to solve the issue. What children need is a broad and full sex education that covers all bases so they can put pornography in the context that we are able to as adults.

One Response to “The Daily Telegraph is right about sex education”