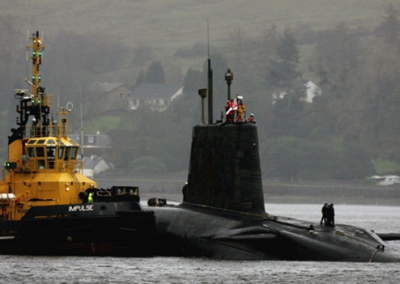 Among the biggest issues for Scots to consider will be how to keep itself safe in an uncertain world. The publication today of the cross party defence select committee report, on the implications on defence of independence, shows why Alex Salmond has not as yet given a clear and detailed outline of what independence would look like.

In what amounts to a critical assessment of the few details the SNP have provided on what defence would look like if Scotland goes it alone, the committee has warned the nationalists that it is overplaying the moaning and groaning about the UK government not playing ball.

Noting that the Scottish government has envisaged a defence force which works closely with northern European neighbours, NATO and the European Union, the report notes:

The rebuke marks the start of a report peppered with doubts, raising serious questions as to the ability of Scotland to properly defend itself. Below are a series of passages from the report that amount to a damaging critique of SNP plans.

“In light of the evidence of the experience of other countries, we have serious doubts about the SNP’s stated intention to acquire conventional submarines. This could only be achieved by procurement from abroad at considerable cost and risk.”

“In view of the costs associated with acquiring different air defence aircraft from those the UK currently operates, we do not currently understand how the Scottish government expects, within the available budget, to mount a credible air defence – let alone provide the additional transport, rotary wing and other support aircraft an air force would need.”

“Given the information we have so far received from the Scottish government, we are unconvinced that there is sufficient funding to support both the proposed Scottish defence force and to procure new equipment.”

“If the nuclear deterrent were moved from the Clyde the impact on levels of employment at Faslane and Coulport would be significant. Evidence we have received suggests that instead of an increase in people directly employed at the base to around 8,200 by 2022, as projected by the MoD, a conventional naval base and Joint Force Headquarters would employ considerably fewer people than the current workforce of 6,500.”

“In the event of independence, we consider that the defence industry in Scotland would face a difficult future. This impact would be felt most immediately by those companies engaged in shipbuilding, maintenance, and high end technology. The requirements of a Scottish defence force would not generate sufficient domestic demand to compensate for the loss of lucrative contracts from the UK MoD, and additional security and bureaucracy hurdles would be likely to reduce competitiveness with rUK based companies.”

“The Scottish government’s view that NATO membership could be negotiated in a period of 18 to 24 months is optimistic unless issues surrounding the nuclear deterrent were resolved through negotiation.”

“The people of Scotland and the rest of the UK deserve to be presented with as full a picture as possible of the implications of Scottish independence for their future defence and security. To date, the information published by both the Scottish government and UK government falls far short of requirements.”

It will be up to Scottish voters to determine whether this provides the basis for a credible defence policy and framework.