Londoners cannot be expected to tolerate the aviation noise that blights communities on a daily basis for a moment longer. 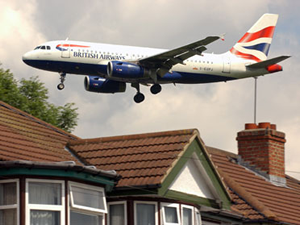 As a member of the London Assembly I am often contacted by Londoners about their concerns over aviation noise. I am fully aware of the distress noise causes communities as well as the detrimental impact it can have on quality of life.

My view, which is shared by my colleagues, is that amongst the many twists and turns of the aviation debate, the concerns of Londoners around noise are too frequently dismissed or regarded as secondary to other issues.

The Mayor of London has comprehensively failed to get to grips with aviation noise.

The principle producer of noise pollution is Heathrow Airport with 28 per cent of all people in Europe affected by aircraft noise living under the Heathrow flight paths. In the last decade the problem has spread across London with disturbance now being felt up to 20 km away from the airport.

There are some parts of London that suffer noise disturbance from planes arriving and departing from London City Airport in addition to aircraft from Heathrow. This is not sustainable for a city that aspires to be, the best major city in the world to live in, as Mayor Boris Johnson set out in his recent 2020 Vision for the Capital.

The response of Heathrow Airport to the concerns of Londoners has been as lacklustre as the Mayor’s own response, leaving many wondering to whom they can turn to make change happen.

Heathrow’s mitigation scheme for affected residents is much less than that offered by London City Airport. Residents near Heathrow must wait for the noise to reach a higher decibel level than their counterparts near City Airport before they are even eligible for support. This assistance when it is provided can only ever mitigate, not eliminate, the noise distress which they experience every day of their lives.

The first step to mitigate the issue of noise pollution must be for the Mayor to re-establish the GLA Noise Team which was shut down when the Mayor came to office. The team would be able to undertake a comprehensive update of the Mayor’s noise strategy which has not been revised in nine years.

The noise strategy would act as the foundation for a tough set of guidelines setting out the mitigation measures that airports offer and seek to create a uniform standard of measures that all airport operators could adhere to.

The current self-regulation by the airports has failed Londoners. They have demonstrated their inability to restrain their commercial activities from having a detrimental impact on the quality of life of Londoners. The GLA Noise Team should become a statutory regulator of aviation noise mitigation schemes and act as a guarantor of the public interest.

The work of the Airports Commission is arguably one of the most significant national inquiries into infrastructure commissioned by the government in recent decades. This is the best opportunity Londoners have had for many years to put their concerns on aviation noise to decision makers. It is critical that noise disturbance and the lack of effective mitigation measures against it are uppermost in the mind of the Commission.

I believe re-establishing the GLA Noise Team could make a real difference to the lives of millions of Londoners. Mayoral indifference coupled with the ineffective actions of the airport operators have left Londoners frustrated and disenchanted with political process. The final report of the Commission must go some way to bridge that gap.

Noise, as well as other environmental factors, clearly swings the debate about airport capacity against any expansion of Heathrow. The London Assembly unanimously opposes Heathrow expansion in terms of either runway capacity or passenger numbers, and has called for the final report from the Airports Commission before the next general election.

Put simply, Londoners cannot be expected to tolerate the aviation noise that blights communities on a daily basis for a moment longer.