Welcoming Syrian refugees to Britain would go some way to dissipating the idea that yesterday was all about politicking, rather than the lives of innocent people in a warzone. 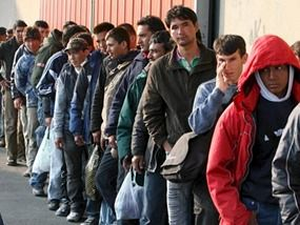 While politicians were splitting hairs over UN weapons inspections last night, a Syrian government fighter plane was preparing to dump its lethal payload on a Damascus primary school.

A video of the incident emerged as if to coincide with the parliamentary vote not to punish the use of chemical weapons by the Assad government, with camera footage emerging showing children fleeing the scene of the outrage with napalm-like burns on their bodies.

If anything, this highlights the perversity of relying only on the proported use of chemical weapons by the Assad regime as justification for military action. Conventional bombs are equally lethal, as was spelt out acerbically by Dominic Tierney, political science professor of Swarthmore College in the US:

“Blowing your people up with high explosives is allowable, as is shooting them, or torturing them,” he said. “But woe betide the Syrian regime if it even thinks about using chemical weapons!”

It is not the case, as some seem to enjoy implying, that now the British Parliament has spoken there will be no war – people are still dying in Syria and will continue to die until the day Bashar al Assad no longer remains in power. Yes, in a war. And besides, Socialist French President Francois Hollande and Democrat US President Barack Obama look set to take action anyway, ensuring the UK has done little more than send a message saying it prefers the status quo in Syria to militarily trying to push the conflict towards a more amenable conclusion.

For those of us who did support limited military action, it is hard to see how intervention could have made things any worse than they are already. As we have seen before in Rwanda, Srebrenica and now Syria, inaction can have more deleterious consequences than action, the only difference seemingly that politicians who advocate doing nothing get off scot free when civilians die in a way that the proponents of intervention never do – undoutedly a part of its political appeal.

To date two million people have now fled Syria as a consequence of the country’s civil war, half of them children. The UN expects that by the end of 2013 there will be 3.5 million Syrian refugees. Even getting out of Syria is by no means an end to the hardship. As Saman Majed has written in the Independent:

“It is a miserable situation. One of the main challenges in delivering aid is that they are so widely disbursed. Local army units are helping out by providing meals, and there is a big campaign amongst the host communities to donate clothes. But few agencies are working with the arrivals who are not in camps.”

However now that Britain will not be intervening militarily in Syria, what is to stop the UK using the money which would have been spent on taking the country to war on bringing Syrian refugees here and helping them to settle in the UK?

David Cameron recently announced at the G8 that the UK would more than double its response to the Syria crisis with £175 million in new funding. Yet the money that would have been spent on action in Syria must vastly outweighs this relatively paltry sum.

If Cameron is serious about intervening on a humanitarian basis on Syria, why not “intervene” in the sense of inviting those refugees fleeing Syria to come and settle here in the UK? Britain could easily absord, say, a million Syrians – many of whom are young people – and provide them with the means to settle and create a feasible life (something it does not look like they are going to get in Syria) in Britain.

While I hold very little hope that this policy would be adopted by a Tory-led government, Ed Miliband could go some way to dispelling the myth that non intervention in Syria is based on the strength of isolationist, Little Englanderism by making the case for solidarity with the Syrian refugees. This would also help to dissipate the idea that yesterday was about politicking, rather than about the lives of innocent people in a warzone.

16 Responses to “Syria: If Britain is unwilling to help the rebels, it should open its doors to Syrian refugees”