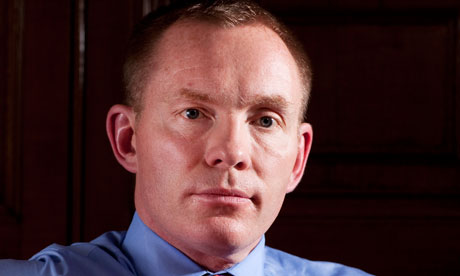 Our previously invisible shadow immigration minister Chris Bryant has spent many months avoiding making any comment on the subject of his brief. But over the last three weeks of the summer news lull he has stepped out of the shadows, first passing judgment on the row over mobile billboards, and today with a much-hyped speech on Labour’s immigration policy.  Optimists may hope that with a mooted Labour reshuffle, the Bryant publicity stunt is a move to save his job and that a more considered approach to immigration policy might eventually prevail. Pessimists among us, on the other hand, might see the speech as the totality of Labour’s thinking. Whatever, Labour is probably in a worse place on immigration as a result of Chris Bryant’s intervention.

Bryant set out to articulate ‘a distinctive Labour view on immigration’, promising that the Party would never engage in race to the bottom rhetoric on immigration. He then followed these commitments with a long list of (mostly dead) migrants who have made great contributions to science, business and literature in the UK. He then made some very detailed comments and policy proposals about ‘sham marriages’, stating that Labour would extend the notice period for marriages, to enable the Home Office to investigate those whom registrars flag up as being suspicious. But most of his speech focussed on the Labour market impacts of migration and was an exposition of Labour’s ‘third way’ policy towards immigration, a position that the Party hopes that the electorate will accept at the next election.

Over the last two years strategists in Labour have tried to develop a narrative that responds to the public’s concerns about immigration – Ed Miliband articulated these views in a speech he made in Tooting last December, albeit in more measured tones than Bryant. The story runs like this: as a country we have become addicted to migrant workers. Unscrupulous employers are hiring EU migrants in preference to British workers, as these businesses know that migrant workers will accept low pay and poor quality tied accommodation. Even ‘good’ employers – presumably this includes Tesco – know that migrant workers have better skills than many young British workers, thus their training costs are lower. In summary, EU migrants are undercutting wages and taking the jobs of British workers.  Both Bryant and Miliband use the phrase ‘undercutting’ a great deal. Labour’s immigration policy, therefore, should focus on cutting the demand for EU migrants, by enforcement of the National Minimum Wage, encouraging a Living Wage, promising legislation on agencies that only recruit overseas, by training the UK unemployed, as well as guaranteeing a job for the long-term young unemployed. If this happens ‘British workers will be able to compete with migrants on a level playing field’ – another phrase you hear used a lot. And bingo, all these young Poles who have been worrying us will magically stay in Poland.

But there are problems in this approach. Crucially, it is not backed up by evidence. This ‘third way’ approach concludes that if all employers were  ‘good’ and committed to training, decent wages, workplace democracy, flexible working and so on, they would be less likely to need to employ migrant workers from the EU. But all the data from sources such as the Labour Force Survey and the Workplace Employment Relations Survey shows that EU migrants are by now fairly well integrated into the UK labour market. They do not stay with these unnamed unscrupulous employers for long periods of time. EU migrants are here to stay and are working in all sectors of the economy. Even if greater proportions of the UK unemployed were up-skilled, they would still be competing with a younger migrant population, many of whom have greater ability to move across the UK for work and to square their employment with childcare.

And the Bryant speech lacked concrete proposals about how Labour might reduce the flow of EU migrants. He promised that the Party would work with others in Europe to renegotiate the treaty on freedom of movement. But any cross-EU negotiation would take many years and there is no guarantee that it would deliver in a way that would not impact on UK nationals who have migrated to other EU countries.

Perhaps the most worrying aspect of the Bryant speech was its florid language and use of unsubstantiated anecdote. He talked about “horror stories of hotel managers who cut the hours of British workers to give their jobs migrants.”  Such public articulations risk reinforcing and increasing public concerns about the impact of migrants on wages and jobs.

Early this year, IPPR, the host of today’s event, published a paper authored by Matt Cavanagh and Sarah Mulley (both of them close to Labour) on the principles that should underpin immigration policy. They concluded that policy must be based on strong evidence. Governments should also not make promises on immigration to the electorate that they cannot keep. Bryant has ignored this advice. Today’s speech is not underpinned by evidence and contained very few concrete proposals which a future Labour Government could deliver. Employment rights and job training are important policy objectives in themselves and Labour should pursue them energetically. But linking them to the immigration debate may misfire, as there is little evidence to suggest that a stronger employment rights regime will either impact on the numbers of EU migrants or quell the electorate’s concerns about Labour’s record on immigration. Labour needs to do better than this.

2 Responses to “Opinion: On Immigration Labour Must Do Better”