It is due in part to the Bennite legacy that large parts of the left are failing to see clearly on Syria. 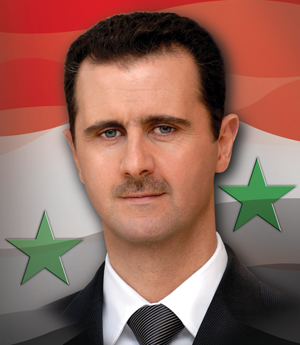 Well, we have both had our say. On Friday I wrote ‘Time for the big stick on Syria’ at World Affairs. On Monday you wrote ‘For the Syrians’ sakes and for our own, we must not intervene’ at The Independent.

So I thought I’d write and say where I agree with you, where I disagree, and why. The headlines would suggest we agree on nothing, but that is not the case.

When it comes to sending young British men to die – why are their lives always discounted? – in ‘interventions’ that are invariably poorly planned (my god what an understatement that is!), under-resourced, lacking the domestic support needed to see the thing through; the knowledge of local conditions that would enable a realistic view to be taken about what is possible; or the political and intellectual long-termism that would be required to win, and which invariably lack reliable allies on the ground, and so are doomed to peeter out before ‘success’, I say… not in my name.

I do not think all the lessons of Iraq have been learnt by those who agitated for it; not by a long chalk. We need a much more realistic view of what ‘intervention’ can possibly mean in a world filled not only with dictators, but also with some pretty disastrous recent examples of western ‘intervention’.

The ability of the Western democracies to simply swing a big stick and achieve higher order goals (nation-building, freedom, women’s equality, democracy) in faraway places with political cultures and histories vastly different to our own is, ahem, limited. The neocons were wrong.

Left thinking on this has hardly begun. I think the best starting point about remains this typically wise piece by another opponent of the Iraq war, Michael Walzer, my comrade at Dissent.

So where do you and I differ on Syria? I think it’s to do with the legacy of Bennism. Bear with me.

You are often portrayed as having inherited Tony Benn’s mantle. This is part of the silly ‘celeby’ way these things are dealt with and something I suspect you laugh at it all. Still, there is an aspect of your thinking that strikes me as bearing the marks of the worst of Benn’s legacy, not the best.

Now, don’t get me wrong. I’m not a Benn-basher. As a teenager, Arguments for Socialism eased my transition from Methodism to Marxism (my current way-station is Eduard Bernsteinian Social Democracy). I recall the amusement of my family when I sat by the telly recording Benn’s interview with Brian Walden quite as I were taking down some contemporary version of the Tablets from Sinai. Later, I spent an evening listening to him inspire a packed Newcastle City Hall as part of his deputy leadership campaign – the most electric political meetings I have ever attended bar watching the late Edward Thompson speak to a CND Rally as if the very spirit of democratic and liberty-loving English radicalism had taken shape again on Tyneside).

I even got to interview Benn once. The phone rang at 10.01am. ‘You’re late’ he said. He had left his wife Caroline’s bedside for a 10am telephone interview with me for the US journal New Politics and I was holding up his return to her side.  I was mortified (while thinking ‘what a mensch!)

But Late Benn is another matter.

While his domestic ideas have faded into history (which has been a pity in some cases; I think we need more workers participation and more public ownership and the empowerment of trade unions, co-ops, social movements and local community actors; if a relief in other cases – the Little Englandism, the siege economy, etc) it has been his ideas on foreign policy that have gained national prominence and still exert real influence on the left.

And that has been a bit of a disaster, for the sad truth is that Late Benn has become a bit of a patsy when it came to dictators who arouse the ire of the West. In this he was just the most famous example of a much larger malady warping parts of the Left (not the whole: I agree with you that the left is never a single thing). By reducing the complexity of the post-cold war world to a single great contest in which “imperialism” or “empire” faced “anti-imperialism” or “the resistance”, parts of the left have transformed themselves into a reactionary post-left that took its enemy’s enemy for its friend. We were “all Hezbollah now” as the placards had it.

At its worst, we get John Rees, now a leader of Counterfire, arguing that “Socialists should unconditionally stand with the oppressed against the oppressor, even if the people who run the oppressed country are undemocratic and persecute minorities, like Saddam Hussein.”

I think Benn has often played the role of a legitimiser of this kind of idiocy. He once sat in front of the mass murderer, Saddam Hussein, and asked him, “I wonder whether you could say something yourself directly through this interview to the peace movement of the world that might help to advance the cause they have in mind?”

My God. Days later Benn was less kind to an Iraqi oppositionist on national TV, spitting out the insult (which could have you killed by the man he fawned in front of) “CIA stooge!”

After the Iraq invasion Benn even signed a petition got up by George Galloway in defence of Saddam’s number two, Tariq Aziz. Aziz was involved in the Anfal campaign in which 100,000 Kurds were killed. He once explained to a Weapons Inspector that Iraq had developed biological weapons for use against “Persians, Jews and other insects.”

Now, your Indie article was excellent in refusing this kind of thing. ‘No dictatorship is a legitimate form of government – it is a gang of thugs whose violence begins with depriving the people of the right to choose who rules them.’

But on another aspect of the Bennite legacy you seem more supportive: the UN. I think that Tony Benn is part of a left that is very happy to live in what Paul Berman – another comrade of mine at Dissent – called “foggy zones of half-believed beliefs, freed of any responsibility to subject any given opinion to the simplest of common-sense tests”.

And one of those half-believed beliefs is that the use of force in the international arena can only have legitimacy if it has been approved by the UN Security Council. I think this is the aspect of Bennism to which you are still in thrall and from which you should break. You write: ‘Western intervention would surely be disastrous … A UN-brokered peace process involving all the local and regional players remains the only solution.’

There are three problems with this.

First, this cedes control of our foreign policy to…the very thugs and dictators you rail against, the bare-chested homophobe in Russia and the Central Committee of Hayekian-Communists in China, both of whom will always veto serious action against their thug allies, around the world, including Iran and Syria.

Of course, the widest possible international support for any military action should be obtained. No one is seeking a license to the US or anyone else to intervene at will. But in practical terms, Bennite ‘UN-only’ talk is a recipe for continued inaction in the face of crimes against humanity, Owen.

Second, between complete inaction and a full-blown boots on the ground intervention – an option I call ‘folly on stilts’ in World Affairs – there are real options. We agree, I think, that these options have narrowed due to policy failures over the last two years. Had the US and its major European allies moved early to arm non-Islamist rebels and mobilise an international alliance in their support, our options would be wider.

But they did not. This failure  – Obama’s more than anyone’s – radicalized elements of the opposition and gave an opening to the jihadists. So now we are where we are.

Owen, there is a more limited but viable goal the left should make its own: to make Assad (and everyone else, including the rebels) know that there is a price for crimes against humanity, so that he pauses and decides against committing them. And there are viable means to pursue that goal: a one-time, stand-off, targeted strike against certain regime capabilities could send a very strong message and restore deterrence when it comes to the use of chemical and biological weapons.

By hitting delivery systems – it is probable that rockets or artillery shells were used to deliver the chemical agents in the attack  – or command and control facilities, the goal would be to alter the calculations of the Assad regime; to make it think twice before travelling any further down the terrible road to enormity.

I think that is a limited goal and a realistic means to pursue it. The left should support both. It is part of the Bennite legacy that large parts of the left fail to see that. A refreshingly modest bloke, your own moral and political authority on the left is probably greater than you think. I urge you not to use it to oppose the projection of all force aimed at stopping the ongoing crimes against humanity that are taking place in Syria.

Professor Alan Johnson is the editor of Fathom. He is also a member of the Dissent editorial board and a Senior Research Associate at the Foreign Policy Centre.

9 Responses to “Open Letter to Owen Jones: On Syria, the left should be more critical of the Bennite Legacy”