The allure of the game has led football clubs to take advantage of its devoted fans, writes Chris Olewicz. 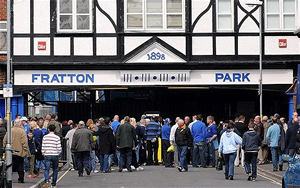 The allure of the game has led football clubs to take advantage of its devoted fans, writes Chris Olewicz

Back in April, it emerged that four Premier League football clubs (including Reading Swansea City and Wigan Athletic) would be reported to Revenue and Customs by campaign group Intern Aware over alleged breaches of the National Minimum Wage Act.

They were accused of attempting to recruit performance analyst interns – a skilled position classified by the HMRC as requiring renumeration – on internship style contracts.

The adverts, which appeared on the website UK Sport, required applicants to possess specific technical expertise in performance analysis or Sports Science, and have previous experience in professional or semi-professional football. A forth club, West Bromwich Albion, was accused of advertising for a full-time salary of £8,000 plus expenses and living allowances – the implication being that the salary fell below the legal minimum wage of £12,875.20.

Reading, who have since been relegated to the Championship (but are in receipt of parachute payments) stated that the roles gave young people the “opportunity” to gain practical experience and improve their employability, and satisfied the demand for internships in the performance analysis sector. And a performance analyst at Swansea claimed that he was not paid, in spite of working to tight deadlines on shifts that often exceeded 12 hours.

Gus Baker, the co-director of Intern Aware, stated that he intended to report Reading, and any other Premier League clubs that advertised for unpaid roles to HMRC, and convince UK Sport to agree to a ban on advertising unpaid internships. “The irony,” stated Baker, [is that] “the tiniest percentage of a Premier League footballers’ weekly salary makes up an intern’s yearly wage”.

“We’re not asking for anyone to be paid millions as an intern working for a football club…Reading want someone to work with their first team as a performance analyst for a year unpaid. Who on earth can afford to do that in Reading?” he said.

Since that time, information has come to light that indicated a culture of underpayment in the football industry, from workers and interns alike. Intern Aware have uncovered examples of clubs offering unpaid roles (such as club mascots and ball boy supervision) in contrivance of Minimum Wage rules. And in the just released book, The Nowhere Men – a chronicle of the lives of the scouts that uncover footballs future stars – journalist Michael Calvin brought to light the limited renumeration that a scout can expect.

In one example, a scout was expected to drive to a far off ground, watch a player, drive back, and write an in-depth report, a task which takes several hours. For his labour, the scout received no more than a fuel allowance.

Employment issues in football are not restricted to the upper leagues. Ex Premier League team Portsmouth, now playing in League 2 after enduring two periods of administration, revealed in July that they were using unpaid job seekers from the Work Programme, the government’s flagship programme for the long term unemployed, to act as cleaners and maintenance workers at their stadium.

The club, owned by its fans, stated that 35 people had been taken on as mandatory volunteers, working six and a half hour shifts a day.

In total, 3,000 hours of “painting, maintenance and general cleaning” work had been fulfilled. If job seekers refused they would have their benefits stripped. Speaking to Portsmouth News, Derek Stone said: “They get something out of this, but we get something too.”

Together, these instances set a dangerous precedent. Large number of candidates filling positions within football are fans of football. Given the strength of feeling for the game in this country, there will always be a steady stream of young people who hold hopes of working in a industry that is perceived as glamorous. It seems unjust that a club can take advantage of a fans loyalty, which is largely blind. Who would not want to work for their team?

With these examples in mind, 44 Football League clubs received letters from HMRC last Tuesday warning them that they must pay staff the minimum wage or face a fine of up to £5,000 and potential prosecution. On the eve of the announcement by the HMRC, Reading added that it paid it’s mascot, whilst Swansea stated that it had reviewed its payroll in accordance with HMRC, and was now paying all of its staff, including its mascot Cyril the Swan.

One Response to “Football clubs and the minimum wage”