Though their names, weights and times of birth were not announced to the world's media, just over 2,000 other children in the UK have one thing in common with the new Prince: their date of birth. 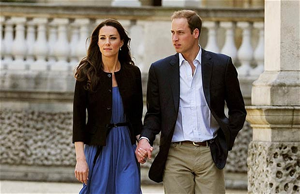 One of the most talked about babies in the world has just been born. Even before the young Prince’s life began conversations up and down the land covered the name he would likely to be given, whether he will be breastfed, the school he will attend and who will take care of him.

Though their names, weights and times of birth were not announced to the world’s media, just over 2,000 other children in the UK have one thing in common with the new Prince: their date of birth. These children will each be given a silver penny by the Royal Mail, recognising their historical link to the baby that will one day be king.

For most of these children, this is where the similarities end.

There’s an air of destiny about the new Prince that comes with being a royal: we already know so much about how his life will unfold. But what do we know about the other children born on 22 July 2013? What will mark their childhoods? Who will they grow up to become?

Of the 2,000 children who share the Prince’s birthday, 130 will go to private schools, 438 will attend schools that ‘require improvement’ and 102 will go to schools that are failing. Of these 102 children at least 66 will not achieve the five A*-C GCSEs seen as increasingly necessary for proceeding in education or finding a job that pays enough.

For most of these children the barriers will not be their lack of ambition, hard work or interest. It will be the external factors that work against them from an early age such as having nowhere safe to do their homework: 226 children of the 2,000 will live in overcrowded, temporary or run down housing and eleven will be homeless.

A shocking 540 children will live in poverty, with 290 of this group experiencing poverty despite having one parent that works. 5 of the 8 children who die before their first birthdays will most likely come from this group. Poor housing and low quality healthcare will play a significant role in this.

Thirteen of the children sharing the Prince’s birthday will be taken into care during their childhood. They will be looked after by around five different sets of carers and nine of them will leave school with no qualifications. These thirteen children will be more likely to receive a criminal record than go to university.

Of the royal baby’s 2,000 buddies, 120 will have a disability and 40 of them will have difficulty accessing the services, support and activities that their able-bodied friends will take for granted. At least 25 of the 2,000 children will be young carers who look after ill or disabled family members. Two of these children will provide more than 50 hours of care each week.

The responsibilities of these 25 children will affect their school attendance, their GCSE results, the amount of time they spend playing and having fun, and their mental health.

Eleven of the children born on 22 July 2013 will suffer from severe depression during their childhood, and of the 500 who will experience mental illness during their lives, 250 will have reported that the problem began before they were 18.

If the 2,000 babies follow in the footsteps of today’s children, 980 of the girls and 680 of the boys will be unhappy with their bodies by the time they reach the ages of 14 and 15. Researchers will hear from 142 of the girls that the type of plastic surgery they would most like is breast implants.

While the Prince’s life will be followed and chronicled by ordinary people and historians alike, the 2,000 other children born on 22 July 2013 will be watched over by few people beyond their close family. Most will be assessed in school reports and by agencies such as the NHS or social services.

Professionals in these bodies will move in and out of the children’s lives, and the most vulnerable of them will slip through the state’s safety net. But as a society, we can avoid this.

Better communication and information sharing between agencies is essential in ensuring that children do not get lost in or forgotten by the system. And by providing schools, social services, mental health services and the NHS with the funding and expertise to train, retain and support staff, we could improve the quality of and continuity in services for children and families.

Starting earlier is imperative: local councils and national government need to commit to an ‘early intervention’ approach with long term, forward looking planning and funding. This would provide children with steady, reliable support and would ensure that problems are addressed before they arise, rather than after.

The rest of the UK could also follow the lead of the Scottish government by naming a professional responsible for every child in the country, which would improve how easily children, young people and their families can access help when they need it.

We should maintain and improve—not cut—the services that children need, from help during their early years right through to careers advice and youth services. It is these services that will help to determine the paths of each of the 2,000 children born in the UK on 22 July 2013.

The new Prince got lucky by being born to William and Kate. But we cannot rely on luck to ensure that the 2,000 other babies born on the same day are not restricted by their situation at birth.

To alter these children’s stories before they are played out, we need to give them more than just a lucky silver penny.

6 Responses to “The new Prince and his 2,000 birthday buddies”