Moving school during the year rarely catches the headlines, but matters hugely to outcomes, especially to those who move many times. 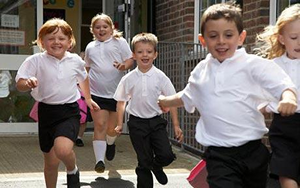 Moving school during the year rarely catches the headlines, but matters hugely to outcomes, especially to those who move many times.

First, 300,000 pupils move schools at non-standard times every year – a larger number than many realise. For every ten children about to move from primary to secondary school over the year ahead, another six will change schools.

Secondly, over 60 per cent of these pupils are eligible for the pupil premium or have a special need.

Finally, these students perform even more poorly than expected at school, and the more often they move, the worse they do. Young people who move secondary schools more than twice are three times less likely to get five good GCSEs than the national average. The figures for primary schools are slightly better, but still worrying.

Why do children move schools?

Our data showed an even spread between first registrations, house movers, and those moving schools without moving homes. Though there are positive reasons for moves, the more disadvantaged you are, the more likely the move has been done for negative reasons, from forced eviction to family upheaval, and of course, exclusions.

We already have the most socially segregated school system across the OECD. The in-year admissions system appears to be reinforcing this.

Before moving, these pupils tend to have lower than average attainment. During the process, they are far more likely to be allocated to a lower attaining school. For a number of pupils, there is also an unacceptable wait to find a new school – for twenty thousand a year, more than a term.

Finally, once in a new school, although some schools have terrific processes to support in year transition, many pupils find it difficult to adjust, and have lost the friendship of peers that can be key to positive outcomes.

First, as part of revisions to the Code of Practice, the in-year admissions system is undergoing rapid change. Responsibility for admissions co-ordination has been transferred from local authorities to a growing number of schools

Second, moves from high cost to lower cost areas may increase the volume of in-year admissions due to changes to housing benefit rules, increases in the number of young people in care and growth in overall pupil numbers New areas, especially on the outskirts of cities, may soon experience  growth in ‘newly vulnerable’ in-year movers.

Third, given the demographics of in-year movers, understanding how the in-year admissions system might better serve the most disadvantaged pupils could make a significant contribution to closing the attainment gap.

Our analysis of the database and survey of local authorities highlighted a number of pressures on the system. Seventy percent of respondents were either concerned or very concerned about in-year admissions, with particular worries about a possible increase of in-year movers and the time it can take to place some children.

Many also recognised the advantages of recent changes; local authorities described how they were adapting innovatively to a new, lighter touch role as champion of families. Some schools are stepping up to drive collaboration on in-year admissions across an authority. The full report offers examples of emerging local practices.

Ultimately, an effective spirit of local collaboration will be a more important contributor to a high quality in-year admissions system than any legislation, regulation or guidance.

The pupil premium and changes to accountability, so that every child matters to school results, should hopefully improve outcomes for many in-year movers. However, given their poor performance (almost as low as young people in care), and the potential for their numbers to grow , the report contains twelve recommendations, including:

Finally, Local authorities, the Benefits Agency and social landlords should take into account the impact of housing moves and evictions on children’s education, where possible delaying any move until the end of a school year, giving time for every child to find a new school.

One Response to “The devastating impact of moving school revealed”