Labour MP Simon Danczuk, the MP who recently clashed with Owen Jones on the Daily Politics over the Spending Review, has a piece in today's Telegraph in which he writes that the politics of the Labour left "should be viewed in the same way as we view the views of the BNP". 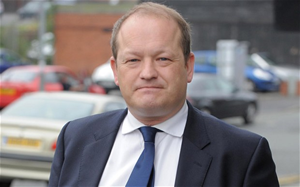 Labour MP Simon Danczuk, the MP who recently clashed with Owen Jones on the Daily Politics over the Spending Review, has a piece in today’s Telegraph in which he writes that the  politics of the Labour left “should be viewed in the same way as we view the views of the BNP”.

This is a shame, and it appears frustration has got the better of Danczuk, because putting aside this absurd comparison he makes some good points in the piece.

But no, the Labour left should not “be viewed in the same way as the BNP”. The BNP are a racist party who, amongst other things, would like to forcibly repatriate non-white Britons. If Danczuk had been comparing communists to the BNP then there might have been an academic argument to be had (Stalinists killed more people than fascists, after all), but he only refers to the “Labour left”.

In other words, Danczuk is comparing people who use their time and energy to try to improve the lives of working people – usually for nothing in return – to racist thugs and holocaust deniers who firebomb “P*ki shops”.

As well as being extraordinarily lazy, this is a disgraceful slur on many fine activists.

Sure, some of the Labour left’s ideas about nationalisation may be a little naive; but this does not make them comparable to a party that promotes sinister racial theories and hates people based on nothing more than the pigmentation of their skin.

Danczuk is right to highlight the economic illiteracy of those unreconstructed Bennites who have failed to learn from the failures of the post-war settlement. He is also right to criticise those in the Labour Party who view “Blairites” as the main enemy, rather than the Conservative Party. But comparing the Labour left to the BNP is not the way to make that point.

Being wrong is not the same as being racist, and it’s remarkable that anyone (least of all an MP) should need to be told that.

27 Responses to “Message to Simon Danczuk MP: Being wrong is not the same as being racist”