The poor will be the hardest hit in the long-term by the economic downturn as a result of the government's changes to the benefits system, according to the Institute for Fiscal Studies (IFS). 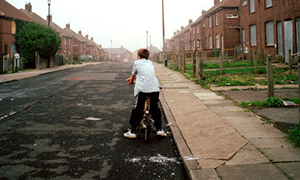 The poor will be the hardest hit in the coming years by the economic downturn as a result of the government’s changes to the benefits system, according to the Institute for Fiscal Studies (IFS).

Research published today shows that while the incomes of the wealthiest fell the most in the initial stages of the downturn, it is the poor who are now feeling the squeeze now and who will continue to be hardest hit as benefit reforms take effect in 2015/16 and beyond.

Senior research economist at the IFS, Robert Joyce, said much of the pain for lower-income groups was “occurring now or is still to come because these groups are the most affected by cuts to benefits and tax credits”.
“If the OBR’s macroeconomic forecasts are correct, then most of the falls in real incomes associated with the recession have now happened for middle-and higher-income groups,” he said.
The IFS figures also suggest that the recession could lead to a ‘lost decade’ in prosperity for Britain, with the average person worse off in 2015 than in 2008.