Last Thursday in France, fascism claimed a life. Clément Méric, a young trade unionist and far-left activist, died under the blows of a group of skinheads in Paris. 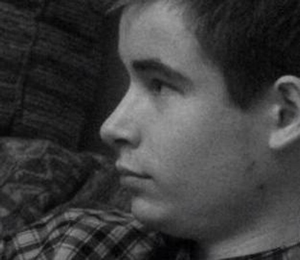 Last Thursday in France, fascism claimed a life. Clément Méric, a young trade unionist and far-left activist, died under the blows of a group of skinheads in Paris.

The 18-year-old student at the prestigious Science-Po University was also a member of the Action Antifasciste Paris Banlieue. Méric was attacked on Wednesday, in broad daylight, outside a private sale in the IXe arrondissement of the capital.

A group of skinheads present at the scene were reportedly wearing t-shirts emblazoned with ‘white power’ and ‘blood and honour’. Méric died the following day.

Esteban Morillo, the main suspect in the student’s death, and four other people under investigation have admitted being close to the Troisième Voie (Third Way), a group founded in 1985 of the fusion of neo-fascist factions. It was reactivated in 2010 at the instigation of Serge Ayoub, a French far-right activist close to the skinhead movement.

The prime minister called for the immediate dissolution of the Troisième Voie and the Jeunesses Nationalistes Révolutionaires, both led by Ayoub, in the media spotlight since the crime.

“With the process of rehabilitation of the Front National [main far-right party in France], which began in January 2011, extreme-right ideology is increasingly being presented like any other,” said Alexis Corbière, the national secretary of the Parti de Gauche.

“These small groups have therefore earned a possibility to expose their ideas, so much so that [Serge Ayoub] was invited on TV shows after Méric’s death to give his opinion. Jean-Luc Godard, the film-maker, criticizing the evolution of television, said once: ‘One day, when we’ll speak about the Second World War, a Jewish person will be given five minutes airtime, and a Nazi five minutes as well.’ We’re not far from that today.”

“In many mainstream media outlets, Méric’s death was presented like a fight between fascists and antifascists, and put on the same plan,” Corbière added.

Jean-François Copé, the leader of the UMP, the main right-wing party, controversially demanded the dismantlement of “violent organisations from the far-right and the far-left”, while Bernard Debré, a right-wing MP, accused the “violent video-game culture” to be responsible for the dramatic event.

“There is a discourse of hate and a climate that favours this discourse,” stated the home secretary, Manuel Valls, in the aftermath of the crime.

Méric’s death arrives indeed in a specific context. France is ideologically strained by months of fierce debate over the same-sex marriage bill passed through parliament this spring. Méric had himself been participating in protests against homophobia in recent weeks.

The anti same-sex marriage movement mobilized hundreds of thousands of people on the streets; its split in March saw a surge of extreme-right violence and a radicalization of the discourse. Usually marginalized, racist and homophobic factions such as the GUD, Renouveau Français or the Jeunesses Nationalistes, have enjoyed unprecedented attention.

A series of aggressions accountable to the far-right has thus taken place lately: in April, a group of skinheads raided a gay bar in Lille; last month, two couples suffered a racist assault in Lyon.

“In times of political and civic disengagement, a small group can act towards destabilizing society,” Corbière added. “I don’t overestimate the importance of these people but they exit, and dissolving their movements, putting them under surveillance does disturb them.”

On Wednesday night, 15,000 people attended spontaneous rallies across France to pay tribute to the student. In London, Sunday, thirty people met under a banner reading ‘Clément RIP, Ni Oubli, Ni Pardon’ in front of the International Brigades memorial, at the Southbank.

One can only hope that Clément Méric’s premature and tragic death will ward off the wave of extremism plaguing France.