This is an agenda for hard right, corporatist, centrist government. There’s another word for that, and it’s what the bankers seem to want. 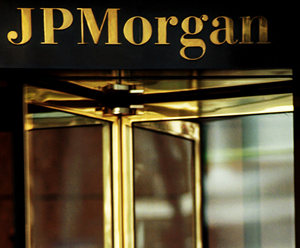 In late May J P Morgan issued a chilling review of what they saw as the state of progress on tackling the Eurozone crisis. As they put it:

“The narrative of crisis management in the Euro area has two dimensions: first, designing new institutions for the next steady state (EMU-2); and second, dealing with the national legacy problems, some of which were there at EMU’s launch and some of which arose during the first decade of the monetary union’s life.”

Their assessment of progress is:

• Real exchange rate adjustment—almost there for a number of countries.

• Household deleveraging in Spain—about a quarter of the way there in stock terms, but almost there in flow terms.

• Bank deleveraging—hard to say due to heterogeneity across countries and banks, but large banks have made a lot of progress.

• Structural reform—hard to say but progress is being made.

I could comment on the first five issues, but it is the last that is most chilling. They argue of ‘the journey of national political reform’ as they see it:

At the start of the crisis, it was generally assumed that the national legacy problems were economic in nature. But, as the crisis has evolved, it has become apparent that there are deep seated political problems in the periphery, which, in our view, need to change if EMU is going to function properly in the long run. The political systems in the periphery were established in the aftermath of dictatorship, and were defined by that experience. Constitutions tend to show a strong socialist influence, reflecting the political strength that left wing parties gained after the defeat of fascism. Political systems around the periphery typically display several of the following features: weak executives; weak central states relative to regions; constitutional protection of labor rights; consensus building systems which foster political clientalism; and the right to protest if unwelcome changes are made to the political status quo. The shortcomings of this political legacy have been revealed by the crisis. Countries around the periphery have only been partially successful in producing fiscal and economic reform agendas, with governments constrained by constitutions (Portugal), powerful regions (Spain), and the rise of populist parties (Italy and Greece).

There is a growing recognition of the extent of this problem, both in the core and in the periphery. Change is beginning to take place. Spain took steps to address some of the contradictions of the post-Franco settlement with last year’s legislation enabling closer fiscal oversight of the regions. But, outside Spain little has happened thus far. The key test in the coming year will be in Italy, where the new government clearly has an opportunity to engage in meaningful political reform. But, in terms of the idea of a journey, the process of political reform has barely begun.

What J P Morgan is making clear is that ‘socialist’ inclinations must be removed from political structures; localism must be replaced with strong, central, authority; labour rights must be removed, consensus (call it democracy if you will) must cease to be of concern and the right to protest must be curtailed.

This is an agenda for hard right, corporatist, centrist government. There’s another word for that, and it’s what the bankers seem to want.

You have been warned. Amazingly, they had the nerve to issue the warning.

9 Responses to “JP Morgan wants Europe to be rid of social rights, democracy, employee rights and the right to protest”