The chancellor will announce £11.5 billion pounds worth of cuts today because the UK economic recovery is the slowest for 100 years. 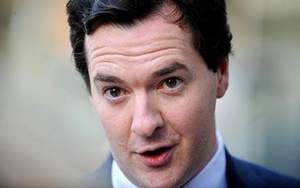 The chancellor will announce £11.5 billion pounds worth of cuts today as a result of the UK economic recovery being the slowest for 100 years.

Since the third quarter of 2010, the UK economy has grown by just 1.1 per cent, compared to the 6 per cent forecast at the time.

This compares unfavourably with other developed Western nations, with Germany growing by 2.9 per cent during this period and the US economy growing by 4.9 per cent.

The June 2010 Budget OBR forecast was that the UK economy would by this point be growing at a rate of 2.9 per cent. The latest OBR forecast for 2013 is 0.6 per cent – hardly a ringing endorsement of the policies of the last three years.

What’s remarkable is that Osborne has managed to persuade the public that the level of cuts now required were always in some sense inevitable. And yet idea that people would in 2010 have voted for another round of cuts – this time £11.5 billion – is questionable.

One look at the performance of the US economy – which in 2010 was, much like the UK, recovering from the global financial crisis – shows that the different approaches of governments to the global economic crisis has reaped vastly different results.

The red line represents the US economy, the blue line the UK 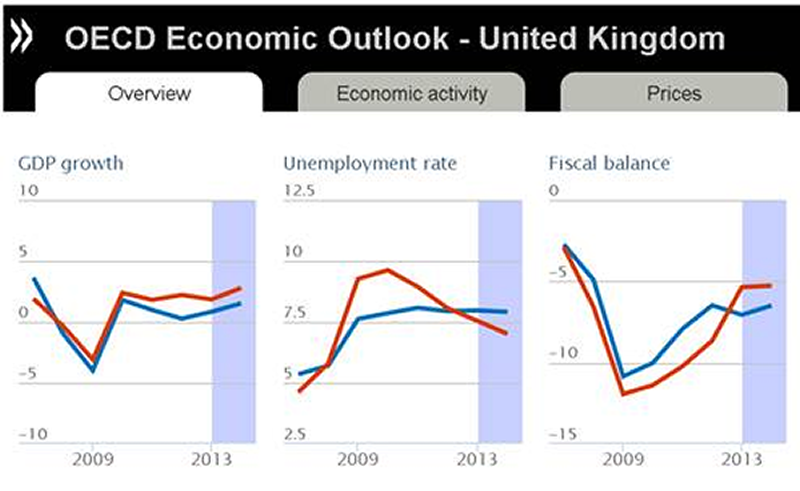 Borrowing is now forecast to be £245bn more than planned at the time of the spending review – excluding the one off transfers of the Royal Mail Pension Fund and Asset Purchase Facility. As a result the government will not balance the books by 2015 and national debt as a percentage of GDP is not now forecast to start falling until 2017/18.

Working people up and down the country will feel the impact of George Osborne’s failure when billions of pounds worth of cuts announced later today in the Spending Review filter through to our public services.

2 Responses to “It’s not that the cuts aren’t deep enough already, it’s that the economy has barely grown”