Ireland, Europe's poster child for austerity, has slipped back into recession, and the country's 2012 GDP has been revised sharply lower from +o.9 per cent to just +0.2 per cent. 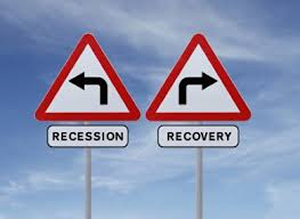 While attention has focused on today’s historic revisions to UK GDP figures, Ireland, Europe’s poster child for austerity, has slipped back into recession, and the country’s 2012 GDP has been revised sharply lower from +o.9 per cent to just +0.2 per cent.

The economy also grew by just 0.2 percent last year rather than the 0.9 percent initially thought.

This will come as a blow to austerity hawks who had held up Ireland as a poster child for the deficit reduction and a rare example of the success of harsh austerity measures.

In its response to the global financial crisis, Dublin was zealous in announcing not one but three slash-and-burn budgets – to resounding praise from people like Jean-Claude Trichet, president of the European Central Bank, who said in 2010 that:

“There’s little talk among ministers in Dublin of ‘just a few more months of Keynesian boost’. The Irish have rolled up their sleeves, spat on their hands and are getting on with the job.”

Things don’t look half as good now. While in the UK the Tories have been celebrating the fact that ONS revisions show the economy “only” stagnated rather than went into a double dip recession, Ireland saw three straight quarters of contraction.

In sum, it looks like both economies could do with a Keynsian boost.

One Response to “Ireland, poster child for austerity hawks, slips back into recession”