Why should transparency only apply to welfare claimants when even those who rely on a private income have relied upon the state in some way to support them at some point in their lives? 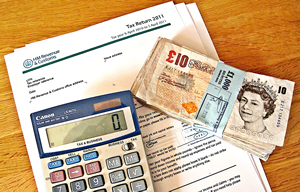 Director general of the Institute of Economic Affairs Mark Littlewood had a piece in the Mail on the weekend in which he argued that the government “must” publish the names of every benefits claimant.

His argument hinged on the idea that welfare spending is the cause of George Osborne’s inability to get the national debt under control.

“The reason that the chancellor can’t get spending under control is simple. If you can’t or won’t tackle Britain’s ballooning welfare budget, it is very difficult indeed to balance the book,” Littlewood writes.

What Littlewood conveniently ignored, however, is the fact that the largest increases in welfare spending in recent decades are attributable to pensioners. As live expectancy has increased, so has the bill to look after older people. Demographics, rather than policy, are what’s behind the increase in welfare spending.

The implementation of Littlewood’s policy (as advocated in the Mail) would essentially result in reams of data being published on state pension entitlements.

If you believe in transparency, though, why stop there? Why not, as in the Scandinavian countries, release official records showing the annual income of every British taxpayer? Or perhaps, in the name of promoting equality, at the very least the tax details of those who earn over £100,000 a year?

Sweden, Norway and Finland publish everyone’s income and tax details annually. In Sweden they are published in stages, beginning with ordinary taxpayers, then high income earners from company bosses and celebrities.

As well as safeguarding transparency, this means high earners have to justify their wage packets to employees, and there is more shame attached to earning exorbitant income when anyone can’t find out exactly how much you do take home.

The argument could be turned around of course, with the right demanding publication of exactly where the government spends our money. But why not welcome such moves? The Treasury has already decided to publish a breakdown on each tax return, and there’s no reason for the left to shy away from publication of the details of government spending, either.

After all, one of the big challenges for progressives is to de-legitimise tax avoidance. In other words, we need to banish the idea that tax avoidance is a victimless crime that we would “all do if we could get away with it”. It isn’t. It results in the deterioration of public services and a loss of revenue on a huge scale.

Tax transparency could go some way to showing how the money lost through tax avoidance could be put to better use.

Why should transparency only apply to welfare claimants when even those with private incomes have relied on the state for support at some point?

2 Responses to “Rather than only publishing the names of benefit claimants, how about full blown Swedish-style tax transparency?”