New analysis published today by the independent Committee on Climate Change shows that every family in Britain could save at least £1,131 and as much as £4,525 if the government adopted a target to decarbonise the power sector by 2030. 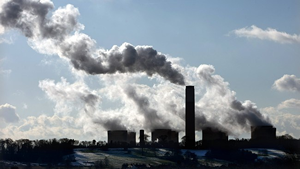 New analysis published today by the independent Committee on Climate Change shows that every family in Britain could save at least £1,131 and as much as £4,525 if the government adopted a target to decarbonise the power sector by 2030.

A cross-party amendment to the Government’s Energy Bill to introduce a decarbonisation target is due before parliament on June 3. The policy is opposed by both the Conservatives and the Lib Dems despite it being party policy of the latter.

The CCC’s new analysis examines assumptions about both the price of wholesale gas and carbon prices for unabated gas to 2050. As the Chart below shows prices are expected to rise significant over the next 35 years. As a result gas becomes more expensive than onshore wind and nuclear by 2020 (Figure 1.2) and more expensive than offshore wind and some CCS by 2030 (Figure 1.3). 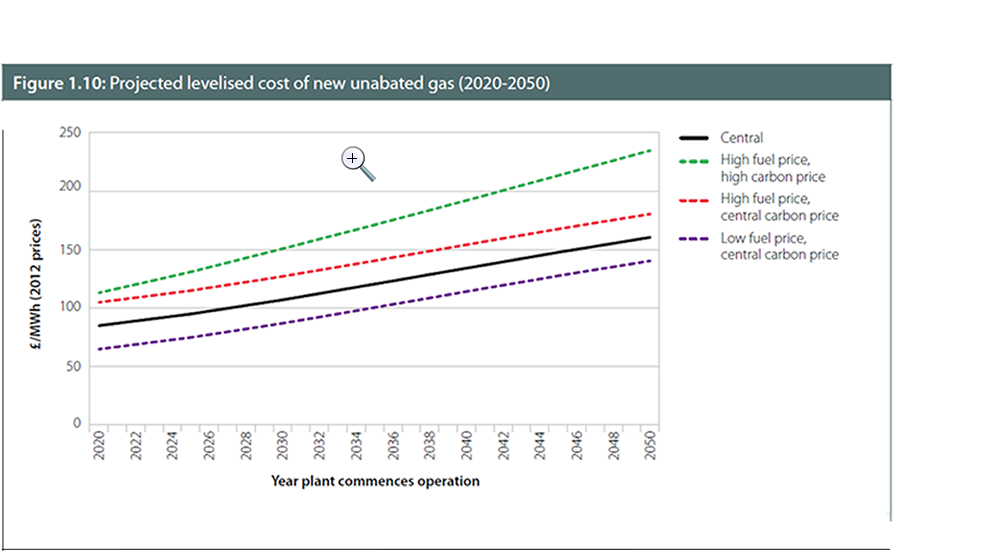 Under ‘central case assumptions’ about gas and carbon prices, the report indicates that a strategy focused on the deployment of low-carbon power throughout the 2020s would result in cost-savings of £25-45 billion compared to a strategy of investment in gas-fired generation. This translates as £1,131 to £2,036 per household. If gas and carbon prices were higher, the cost savings could be as much as £100 billion or £4,525 per household.

The findings complement research published by IPPR earlier this year which found that households could make significant savings if a 2030 target were introduced. IPPR’s research was based solely on projections of gas prices so the new study by the CCC provides a more accurate picture of future costs. The UK has introduced a unilateral carbon price floor which is due to rise to £32 per tonne by 2020 and £76 per tonne by 2030.

Meanwhile, efforts are progressing for a global deal in 2015 to limit carbon emissions, and eventually create a global carbon market. Reuters reported this week that China’s influential National Development and Reform Commission has proposed setting an absolute cap on the country’s greenhouse gas emissions from 2016.

The CCC’s report calls for an end to ‘stop-start investment cycles’, which have blighted renewable deployment in the UK. It says that greater certainty this will drive down capital costs, help develop supply chains, maximise the opportunity for learning in deployment, and support a stable workforce. It outlines the need for ‘strategies to support the development of less-mature technologies’ such as offshore wind and CCS and for a bigger role for the Green Investment Bank, which is not currently allowed to borrow.

The report also calls for ‘legislation this Parliament’ to set a target to reduce the carbon intensity of power generation to 50 gCO2/kWh by 2030. Tory chair of the Energy and Climate Change committee, Tim Yeo, and Labour backbencher Barry Gardiner have proposed an amendment to the Energy Bill which will be debated on June 3. At their annual conference, the Lib Dems ‘overwhelmingly‘ passed a policy proposed by chief secretary, Danny Alexander, to support a 2030 target but many are now opposed to introducing one in this parliament meaning that the plan is in jeopardy.

7 Responses to “Target to decarbonise power sector by 2030 could save every British family over £1,000”