Front and centre in today’s Queen's Speech was the announcement that the government will be limiting the ability for certain migrants to use the Human Rights Act – and its provision for the right to a private and family life - to avoid deportation. 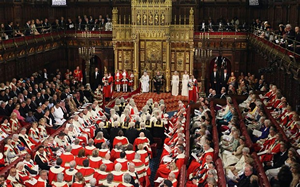 Jenny Pennington is a Researcher at IPPR

Front and centre in today’s Queen’s Speech was the announcement that the government will be limiting the ability for certain migrants to use the Human Rights Act – and its provision for the right to a private and family life – to avoid deportation.

Following a number of high profile cases where the removal of migrants were blocked by the courts due to concerns around the right to a family life and a failure by the government to influence the judiciary on this through other means, it is unsurprising that the government are keen to act. Taking steps to make sure that the immigration system is credible and that the rules are enforced is important, in both policy and political terms.

While there is broad consensus about the need to ensure that migrants who are not entitled to stay in the UK return to their home country, measures introduced today are likely to be an ineffective way of meeting these aims. There may be value in clarifying the rules, but it is unclear whether the new legislation will make a significant difference in practice.

Judges already weigh the right to a family life against a number of important criteria. Under current provisions, if a migrant can be shown to represent a threat to national security or the prevention of crime among others, their right to a family life would not necessarily stand in the way of their deportation.

It is also important to note that these changes will affect only a small proportion of migrants facing removal. For example, in 2011 a total of 185 foreign prisoners (the group who the government have in its sights with this legislation), avoided deportation on family life grounds, compared to 5,000 who were sent home.

This change also fails to address the wider issues that limit the government’s ability to deport or remove people who do not have a legal right to be in the UK. Aside from tackling the well-known administrative problems that plague the UK’s implementation of immigration rules, there are more effective policy changes that the government could make that would encourage migrants who break the rules to leave.

Research by IPPR, based on interviews with 37 returned irregular migrants, found that rather than tinker with the an individual’s right to a family life – a provision that is a barrier for only a handful of individuals – the government should take action to address the real barriers that prevent irregular migrants from leaving.

These barriers were often an inability to afford the price of a ticket home and fear that they will be returned to an area where they knew no one and have no money to survive the first few weeks and no support to start again.

In order to do this the government should invest more in assisted voluntary return schemes. These schemes provide a limited amount of support to migrants to enable them to travel back to their country of origin and re-establish themselves. Greater investment in assisted voluntary return schemes could also save the government money – these schemes cost a fraction of the price of deportation (a tenth of the cost according to figures from the National Audit Office).

IPPR research also found that migrants who were deported, rather than returned voluntarily, were much more likely to attempt to migrate irregularly again – potentially increasing the costs incurred by the UK and further undermining the immigration system.

The government are right to ensure that migrants who are not entitled to be in the UK return to their home country, and to focus on those who pose risks to society. But at best, they are insufficient to the challenge of removing those who do not have a right to be in the UK.

At worst, they risk further undermining key human rights legislation by misleading the public about why responding to irregular migration is challenging.