Anyone opposed to this shameful collusion with the hardline anti-immigration right should write to the Labour Party figures in question, or to their constituency parties, and make their feelings clear. 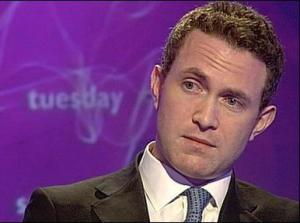 “To study the results of the latest census is to stare at one unalterable conclusion: mass immigration has altered our country completely. It has become a radically different place, and London has become a foreign country. In 23 of London’s 33 boroughs ‘white Britons’ are now in a minority…

“We long ago reached the point where the only thing white Britons can do is to remain silent about the change in their country. Ignored for a generation, they are expected to get on, silently but happily, with abolishing themselves, accepting the knocks and respecting the loss of their country. ‘Get over it. It’s nothing new. You’re terrible. You’re nothing’.

For what it is worth, it seems to me that the vindictiveness with which the concerns of white British people, and the white working and middle class in particular, have been met by politicians and pundits alike is a phenomenon in need of serious and swift attention.”

Such words, one might expect, should place their author beyond the pale of respectable political opinion, in the sole company of UKIP and the rest of the fringe anti-immigration right.

Instead, he is at the heart of a political outfit that is itself at the heart of Westminster politics. Murray is associate director of the Henry Jackson Society (HJS), a ‘think-tank’ that, despite being extremely right-wing and predominantly Tory in its loyalties, nevertheless enjoys a following among all three principal British parliamentary parties.

The HJS’s ‘Advisory Council‘ includes not only 28 Tory MPs, but also two Liberal Democrat and eleven Labour MPs. The Labour MPS are:

Indeed, Labour’s shadow secretary for defence, Jim Murphy, in February of this year, gave a major speech on policy at an event organised by the HJS.

Murray did not write his article in a purely personal capacity; it appeared in the magazine Standpoint with an attached biography giving his HJS affiliation.

Murray’s views are scarcely uncharacteristic of the organisation’s. His boss, HJS executive director, Alan Mendoza, expressed similar views at a speech given around the same time (March 2013) at the conference of the American Israel Public Affairs Committee (AIPAC). Mendoza attacked the EU for what he considered to be its hostility to Israel, in the following terms (as reported by the Washington Jewish Week‘s Suzanne Pollak):

“Immigration is also a reason for rising anti-Israel feelings [in Europe]. In 1998, 3.2 percent of Spain was foreign-born. In 2007, that percent had jumped to 13.4 percent, Mendoza said. In cities such as London, Paris and Copenhagen, 10 percent of residents are Muslim.”

“The European Muslim population has doubled in the past 30 years and is predicted to double again by 2040.

“For all the benefits that immigration has brought, it has been difficult for European countries to absorb immigrants into their society given their failure to integrate newcomers. Regardless of their political views, Muslims in Europe will likely speak out against Israel whenever any Middle Eastern news breaks, just as they will against India in the Kashmir dispute. Their voices are heard well above the average Europeans, who tend not to speak out Mendoza said, adding that the Muslim immigrants do this with full knowledge that they would not be allowed to speak out like that in many Middle Eastern countries.’

In other words, the HJS’s leaders claim that London has become a “foreign country” because “white Britons” are in a minority in 23 of its 33 boroughs; that “white Britons” have “lost their country” and are in the process of “abolishing themselves” because of the increase in the size of the non-white and immigrant population; that the increasing European Muslim population is to blame for Europe’s “anti-Israel feelings”; and that the voices of Muslims “are heard well above the average Europeans”.

Yet instead of the HJS being ostracised by respectable political opinion, senior members of the shadow cabinet and Labour parliamentary party are endorsing and participating in it.

Anyone opposed to this shameful collusion with the hardline anti-immigration right should write to the Labour Party figures in question, or to their constituency parties, and make their feelings clear.