The government has made two recent U-turns on public health issues. The first is minimum alcohol pricing, plans for which were scrapped in March amid rumours of a rebellion by senior Tories including home secretary Teresa May. 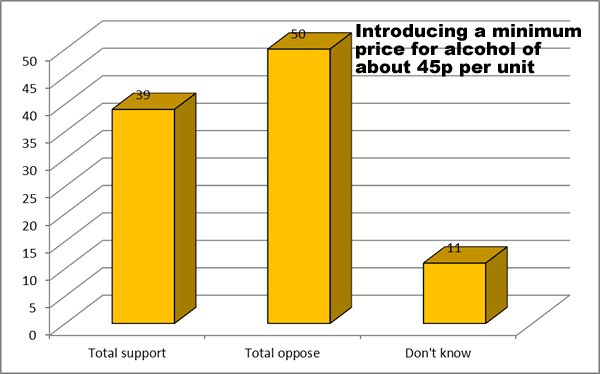 The government has made two recent U-turns on public health issues. The first was on minimum alcohol pricing, plans for which were scrapped in March amid rumours of a rebellion by senior Tories including home secretary Teresa May.

Despite its popularity with health groups, minimum alcohol pricing wasn’t all that popular with the electorate, as the graph below shows. Half of those polled last week by YouGov for the Sunday Times opposed the introduction of a minimum price, compared to 39 per cent who supported the proposal.

It’s fairly credible to assume the government may have dropped the policy on the basis that it might cost votes.

The same, however, cannot be said for the decision to drop plain cigarette packaging. The government unexpectedly left plans to introduce plain packaging out of last week’s Queen’s Speech, despite the fact that the measure appears popular with the electorate.

Over half of those questioned in the same YouGov poll supported the removal of coloured branding from cigarette packets, compared to just a quarter who opposed it. 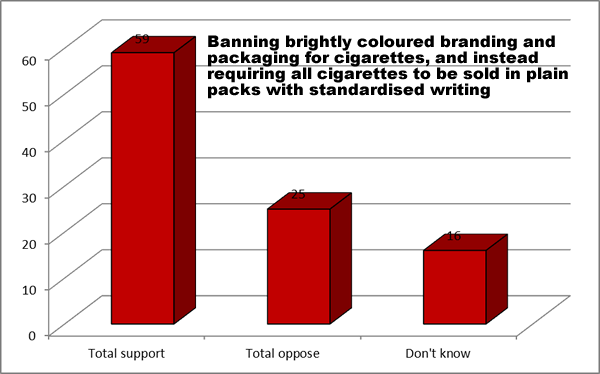 So what did change the government’s mind on plain packaging? After all, as the Guardian reported last week, at least one health minister had been briefing that the bill would be in last week’s Queen’s speech.

The answer may be lobbying by big tobacco. As the same article goes on to say:

“Department of Health minutes released last week reveal that Imperial Tobacco, British American Tobacco (BAT), Philip Morris International and Japan Tobacco International were each invited to make representations to the government, in which they attacked the plan and its impact on the UK economy.”