Whilst blanket surveillance will inevitably bring some law enforcement gains, monitoring of an entire population smacks of authoritarianism, and will undermine the proud reputation for liberty we have developed as the oldest unbroken democracy in the world. 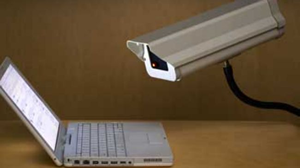 The technological advances of recent decades have magnified the challenge. An online message or entry to a search engine may be no less private and sensitive than a hushed conversation or a private letter was to an earlier generation.

Whilst we can accept that, without some proportionate and lawful intrusion, other vital concerns such as public safety would be impossible to pursue, we must not forget that a society which does not pay sufficient regard to personal privacy – and its meaning in digital age – is one where dignity, intimacy and trust are fatally undermined.

The holding of mass information through large-scale databases is one of the most significant societal changes with privacy implications in recent decades. Liberty has never opposed targeted surveillance, but proposals such as the now discredited ID card scheme and current plans to introduce blanket collection and retention of communications data amount to nothing less than monitoring of the population at large, turning a nation of citizens into a nation of suspects.

Technological innovation is a double edged sword. The Internet has brought huge gains for free speech and association and has been a democratising force in repressive societies. By the same token it has also brought with it new ways of committing crime.

This would have presented different – potentially more challenging – obstacles for crime prevention and detection. The fact that, in recent times, the state has benefited from access to communications data already recorded and retained by communications providers, should not lead inexorably to the conclusion that total access to data should be required.

For good reason other – supposedly more intrusive – surveillance techniques available under the Regulation of Investigatory Powers Act, such as bugging (whether in private or in public), the use of human covert surveillance or the interception of communications need prior authorisation on the basis of individual suspicion.

Once authorised they can only be carried out in the future. The government is not presently arguing that we should all be routinely or randomly subject to bugging, covert tracking or interception ‘just in case’ but, if the present proposals for the collection of communications data become law, proposals for other types of blanket or random surveillance irrespective of suspicion ‘just in case’ are a logical next step.

A proportionate surveillance regime for the future must recognise that technical capability is not the same as ethical imperative. In this country, the state has been all too willing to apply intrusive surveillance measures to the population at large.

There is clearly unexplored potential for better use of targeted surveillance and the evidence gleaned as part of suspicion-led criminal investigations. A recent report published by the Joint Committee on the Draft Communications Data Bill made clear that law enforcement agencies are not making full use of the data already available to them (para 45).

Furthermore, for many years Liberty has been calling for the ban on the use of intercept evidence in courts to be lifted – a move which would allow for the effective prosecution of many more serious offences.

Whilst blanket surveillance will inevitably bring some law enforcement gains, monitoring of an entire population smacks of authoritarianism, and will undermine the proud reputation for liberty we have developed as the oldest unbroken democracy in the world.

More on this can be found in the Open Rights Group’s Digital Surveillance report.