As we've been picking on the Daily Mail a lot recently, I thought it only fair that I should have a go at someone else today. With that in mind I decided to pick on the Guardian. 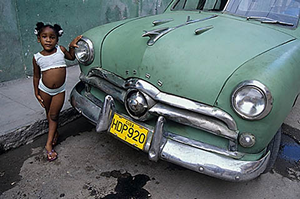 As we’ve been picking on the Daily Mail a lot recently, I thought it only fair that I should have a go at someone else today. With that in mind I decided to pick on the Guardian.

Well not really, but then I read this in today’s G2:

“Can a recession be good for health? During the Cuban economic crisis of 1991-95, the average person lost 5.5kg in weight, due to food and fuel shortages, which cut heart disease and diabetes.”

This would be the same economic crisis which saw the daily protein intake for adults drop to a measly 15–20g a day with some people experiencing a loss of 25 per cent of their bodyweight.

During these years of extreme hardship, brought about by the disappearance of Cuba’s Soviet benefactor, the death rate among the elderly also increased by 20 per cent and there was a 60 per cent increase in the direct maternal mortality rate.

But, as the Guardian points out, there was no obesity crisis.

9 Responses to “The brighter side of famine”