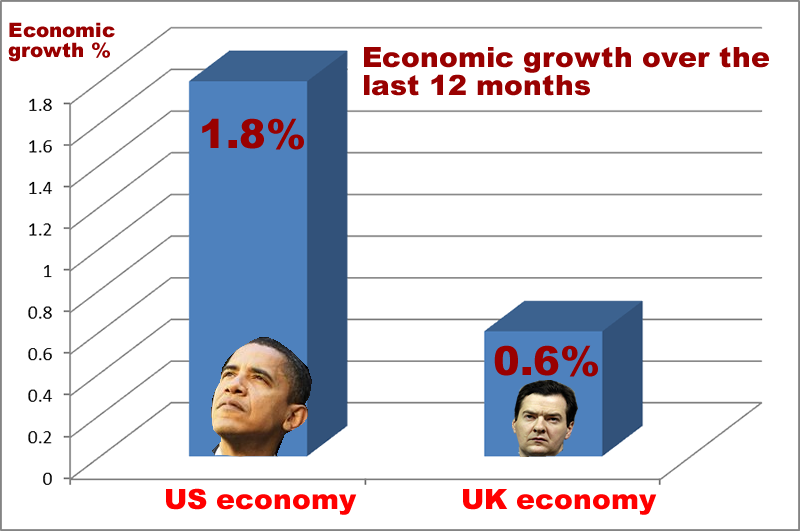 Yes, George. That’s exactly what you have to do.

Since the government’s ‘Emergency’ Spending Review in October 2010, the UK economy has grown by just 1.1 per cent – compared to the 6 per cent forecast by the Office for Budget Responsibility at the time. Between then and Q1 2013 the USA has grown by more than four times that amount – 4.9 per cent (and advance estimate of the first quarter of 2013 has GDP up 2.5%).

In February 2009, Barack Obama introduced his $800 billion stimulus program. In October 2010, George Osborne knocked the wind out of the British economy.