Around the world, governments are responding to the threat of man-made climate change and exposure to the costs of imported oil and gas by tightening regulations on vehicle emissions. And yet Britain is falling behind. 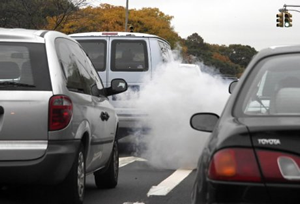 Around the world, governments are responding to the threat of man-made climate change and exposure to the costs of imported oil and gas by tightening regulations on vehicle emissions.

Countries and regions representing two-thirds of the global economy – including the US, China, EU, Japan and Russia – have now introduced these standards. By 2020, Pike Research estimate that there’ll be 7.8 million plug-in electric vehicles on the world’s roads.

Yet Britain is falling behind.

Leading the way in Europe

IPPR’s new report, ‘Leading the charge: Can Britain develop a global advantage in ultra-low emission vehicles’, shows figures for the last two years in Europe. France led the way in volume terms while as a proportion of total car registrations over the same period, Norway is the leader.

Globally, the US is out in front with early indications showing that sales of plug-in electric vehicles in the US almost trebled in 2012 to around 53,000. 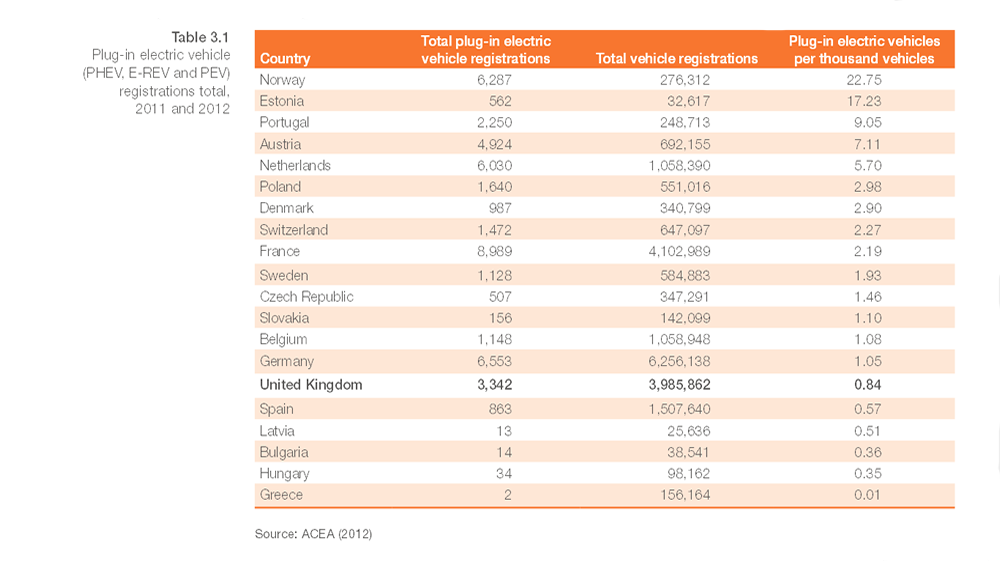 Over the last decade, Britain has once again developed a comparative advantage in the automotive industry as it had in the 1970s. But the companies based in the UK – like Nissan, Honda, and Jaguar Land Rover – need to sell some of their cars at home.

Ensuring that we create a domestic market in ultra low emissions vehicles (ULEVs) is therefore essential to the future of our car industry. ULEVs have other benefits too, like reducing the lifetime costs of running a car due to the low fuel costs and contributing to lower carbon emissions across the economy.

First, we must ensure that the government has an active industrial policy for the automotive industry. The creation of the Automotive Council and government collaboration with the SMMT has proved successful in recent years but more must be done, particularly in relation to accessing finance, innovation and skills.

A British Investment Bank could help provide long-term finance for companies in the automotive supply chain, which are not getting the finance they need. A new advanced propulsion centre, which the industry is willing to part fund, would focus efforts to turn research and innovation into commercial products. Finally, we must ensure that our immigration rules are not perversely turning away talented foreign graduates from plugging engineering shortfalls in our automotive industry.

Second, we need to ensure that there is cross-party consensus on the incentives provided for the purchase and usage of low carbon vehicles. The government currently gives consumers a ‘plug-in’ grant to cut the cost of a new electric car by £5,000 and a new van by £8,000. These benefits are due to expire in 2015 even if there is still money in the allocated pot. Any new government should keep this going.

So too should government be wary against cancelling the variety of fiscal benefits such as lower rates of vehicle excise duty, company car tax exemptions and 100 per cent first year capital allowances. These incentives make ULEVs particularly attractive to public sector and business fleet managers which buy 58 per cent of new cars in the UK.

To further support this market, the government should reverse its perverse decision to withdraw charging infrastructure support to business. Meanwhile, at a local authority level, greater coordination is needed to ensure that drivers are entitled to similar parking rights when crossing political borders. We  therefore recommend that a ‘green badge’ scheme, that mirrors the blue badge scheme for disabled drivers, should be introduced.

Third, we must ensure that our electricity grid is decarbonised as soon as possible. At the moment, the electricity used to charge a ULEV comes from coal or gas-fired power stations meaning that although tailpipe emissions are lower, total ‘well to wheel’ emissions are currently higher than some cars with internal combustion engines. The government should therefore accept the cross-party amendment to the Energy Bill by Tim Yeo and Barry Gardiner which is calling for a target to decarbonise the power sector by 2030.

The price of failure

Taken together, these new policy recommendations, which build on existing efforts by government and industry, would give Britain the best possible chance of increasing demand for ULEVs, and ensuring that the UK continue to excel in the innovation, production, and export of cars.

Failure to do so could result in Britain falling further behind other countries. Benefits to consumers, to the environment, and to industry would be lost as a result.

Britain is on the starting grid. Now it’s time to get motoring.