One in three people would be unable to pay their rent or mortgage for more than a month if they lost their job, new figures from Shelter reveal. 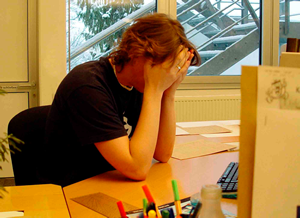 One in three of us are potentially one paycheck away from homelessness, with a new survey showing that many people would be unable to pay their rent or mortgage for more than a month if they lost their job.

Families with children are living even more precariously, with almost half (43 per cent) admitting they could not pay for their home for more than a month, and nearly a quarter (23 per cent) saying they could not meet their payments at all, according to the figures released today by homeless charity Shelter.

Shelter chief executive Campbell Robb said the figures painted “an alarming picture of a nation where the buffer between having a home and potentially becoming homeless is a single paycheque”.

“Millions are living on the edge of a crisis, only secure in their homes for a matter of weeks. At the same time, support for people who have lost their homes is being stripped away – it’s easy to see why every fifteen minutes, another family in England finds themselves homeless.”

5 Responses to “8 million people one paycheck away from homelessness”