By removing the mandate on government to provide a health service, the Health and Social Care Act 2012 is the crowning achievement of the architects of this long recessional from universality. Our response must be political too. 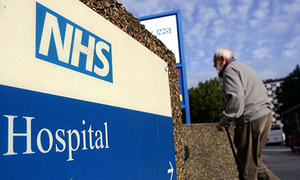 At 2.36 on the afternoon of Tuesday 27 March, 2012 the Health and Social Care Bill 2011, repealing the legal foundations of the NHS in England, was given royal assent and became law.

Campaigning groups, NHS staff and professional organisations had fought for nearly 2 years against what must count as one of the most regressive pieces of UK legislation of the last 60 years.

That the bill became law in the end is testimony not to our robust democratic processes but to the autocratic power of government. The coalition came to office in May 2010 on a manifesto promising no further top-down reform of the NHS, and then promptly did the opposite.

The bill passed into law without an electoral mandate because no major political party or parliamentary institution in England was willing or able to defend the NHS. It was a constitutional outrage. Its passing marked the end of a National Health Service in England that for more than sixty years served as one of the most successful models in the world, widely praised and copied.

The UK NHS was created by national consensus in order to ensure that every citizen was guaranteed health care. Underpinning these arrangements was the secretary of state’s core duty to provide or secure a comprehensive health service, a duty repealed by the first clause of the Health and Social Care Act.

Repeal was the fulcrum of the free market agenda because the duty compelled the minister to allocate resources according to need instead of leaving allocation to market forces and unaccountable organisations.

In the absence of a ministerial responsibility, it now becomes possible to blur the boundaries between free health care and chargeable health and social care. Many NHS services are being transferred to local authorities, which can charge for care.

The Act also abolishes rules that make certain health services mandatory. Under this system, players in the health care market can choose the services they wish to provide and the patients for whom they provide.

The principle is not, as the coalition repeatedly claimed, increased patient choice but increased choice of patient.

The NHS has been an international model because it provided what no other country in the world has achieved at the same cost: universal health care in the form of equal access to comprehensive care irrespective of personal income.

For most of its existence the NHS was based on the principle that the poor, the chronically sick and the frail elderly would receive the best available care only if the rich received the same service. Since the 1970s and throughout the 1990s, we have witnessed a dismantling of publicly-funded and provided long-term care including nursing care for the elderly and the huge inequalities that have accompanied it.

As the 2012 Act is being implemented, corporations will have more say in determining our entitlement to free health services. In future, no single organisation will be responsible for ensuring the health care of all residents within an area and it will no longer be clear who should be held accountable when things go wrong.

Our relationship with our doctor will change when for-profit companies run more services. According to the Financial Times, Virgin already earns around £200 million a year by running more than 100 NHS services nationwide, including GP surgeries.

As patients we will no longer necessarily come first: how can we feel confident that our doctor is putting us first when he or she is a for-profit company employee?

It is clear that the government is manufacturing a crisis, reducing the level of services and their quality, and shaking public confidence in the NHS. But claims that we can no longer afford the NHS are untrue. The NHS is not over budget. Last year the NHS budget was under spent and £2 billion was returned to the Treasury.

This year it s a similar story. Headline stories about hospital and other health service deficits only mean that resources are unfairly distributed not that the NHS is unaffordable overall.

The answer of course is political not financial. A new Act is needed to reinstate the NHS. These changes are the culmination of a transition from public to private responsibility as market dogma has penetrated, only to abolish, an institution that has defined us in our own eyes and internationally.

By removing the mandate on government to provide a health service, the Health and Social Care Act 2012 is the crowning achievement of the architects of this long recessional from universality. Our response must be political too.