Jos Bell reports from the Commons on the debate over Section 75 of the Health and Social Care Act. 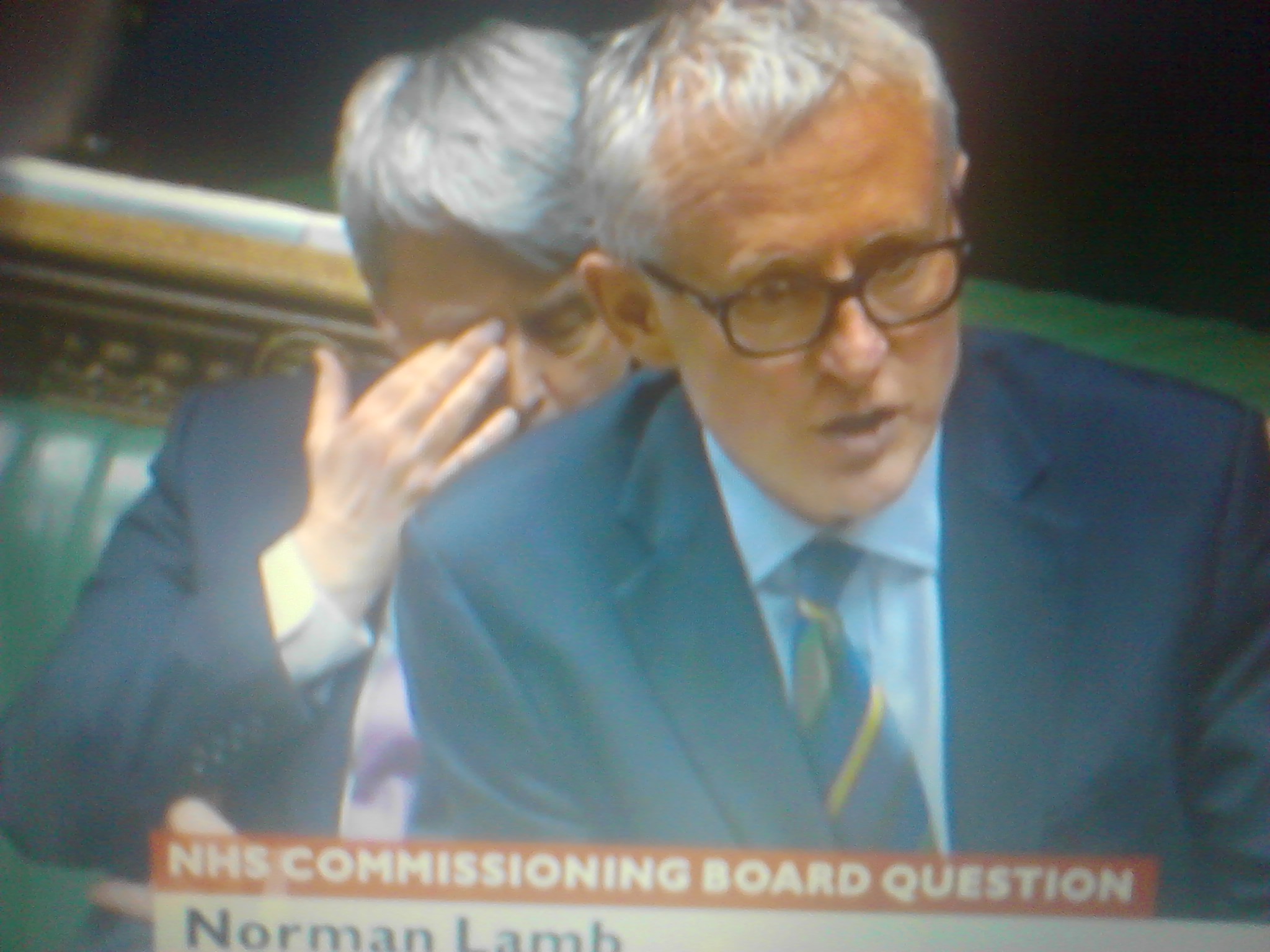 Unable to countenance the reproving looks being thrown across the dispatch box from the opposition front bench, Andrew Lansley opted for giving himself a poke in the eye instead –  presumably hoping in vain that Doc Dan Poulter might offer a pecs-strip diversionary tactic to make everyone forgot the whole horrid business.

Hunt had failed to show, but instead thrust Norman Lamb-to-the-Slaughter took the bench to deliver a nasally challenged vow of atonement in a failed attempt at downsizing the significance of the moment.

Clearly the more than 2,000 voices of alarm received by the Lords Scrutiny Committee (who are normally more than thrilled to receive 10 pieces of correspondence per Section), the 250,000 clamorous voices of 38 Degrees and the cacophony of protest from every corner had been enough to send Hunt running for his Section 75 bunny hole.

Lamb deployed his own little l’Oreal privatisation ‘it has to be worth it’ joke before acknowledging that the offending secondary legislation has resulted in ‘confusion’.

As we all watched this sorry performance, we are led to believe that Hunt was busily drawing up ‘absolutely clear’ amendment rules ‘to put the matter beyond doubt’ and quickly put himself into Back to the Future reverse gear to return the tendering rule to the status of the previous Act – or as we otherwise know it – the rule of the previous government.

As Burnham thundered – in genuine anger over wasted time and energy and the negative impact on an NHS in total confusion. ‘Doctors will decide was always a figleaf…  the coalition policy is in utter chaos – after all the upheaval

What on earth was the point of the giant Health and Social Care Bill if this, at the core of it, is now to be taken out and the legislation returned to the original model of the past government?!’

Then, before we become too ecstatic about this – a note of caution from Helen Jones, MP, who asked if this was simply to be a reprise of the infamous Listening Period, where all was façade and nothing changed.

Lest we forget, this government (Lib Dems included) have been putting out the universal message that there was absolutely no chance ‘oh dear no’ of the H&SCA driving in Compulsory Competitive Tendering and now they seem to be falling over themselves in the rush to amend the regulations to stop it taking hold.

Contradictory evidence was never so obvious.

Meanwhile let us all keep our NHS antennae bleeping, for skullduggery and misrepresentation cannot have simply disappeared overnight.

7 Responses to “The Section 75 debate”