Previously describing tax avoidance as “morally repugnant”, Osborne has commendably acknowledged the extent of the problem as a drain on public finances. Unfortunately the key weapon in Osborne’s arsenal to tackle the problem – the General Anti-Abuse Rule (GAAR) – is far too narrow to prevent the major headline-grabbing schemes which have emerged in recent months. 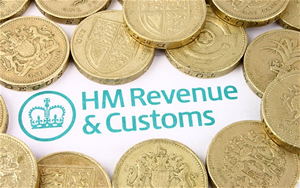 Around this time last month, George Osborne was in Moscow meeting his fellow G20 finance ministers to talk about tax avoidance.

Previously describing tax avoidance as “morally repugnant”, Osborne has commendably acknowledged the extent of the problem as a drain on public finances.

Unfortunately the key weapon in Osborne’s arsenal to tackle the problem – the General Anti-Abuse Rule (GAAR) – is far too narrow to prevent the major headline-grabbing  schemes which have emerged in recent months.

The House of Lords’ Select Committee on Economic Affairs yesterday noted that “none of our witnesses thought [the GAAR] would meet media and public expectations that international tax planning should be addressed and multinational companies made to pay more tax in the UK”.

Neither did any of the witnesses think the arrangements entered into by multinational corporations would be affected by the GAAR.

Of course, as the Committee acknowledged, international negotiations are essential to tackle these kinds of schemes. But if the GAAR will have no impact on exactly the kinds of abusive practices that have provoked public outrage, just what is it for?

Interestingly, Labour MP Michael Meacher, who is pushing for a much stronger version of the GAAR, said the real purpose of the GAAR was “not to counter tax avoidance, but to narrow its definition, making everything else ethically and technically acceptable because it is outside that narrow remit”.

“It actually is extending the boundaries of what is acceptable as legitimate tax avoidance,” Meacher told me.

Osborne has taken the first step with his GAAR, but if he is really serious about preventing tax avoidance schemes he should consider Meacher’s alternative.

Meacher’s Bill rests on the fundamental principle that HMRC will be able to challenge any transaction where they believe the primary purpose is the artificial contrivance of avoiding tax rather than any genuine economic transaction.

The Select Committee on Economic Affairs said the narrowness of the GAAR is necessary to give businesses certainty and promote British competitiveness, but it has resolved to review its scope in light of practical experience.

The proof of the pudding will be in the eating, but if the government finds the GAAR is not taking a big enough bite into the tax gap it may have to go back to the drawing board and seriously consider Meacher’s proposal.