Just three out of 27 EU countries saw bigger fall in living standards than the UK in past two years since George Osborne's autumn 2010 spending review. 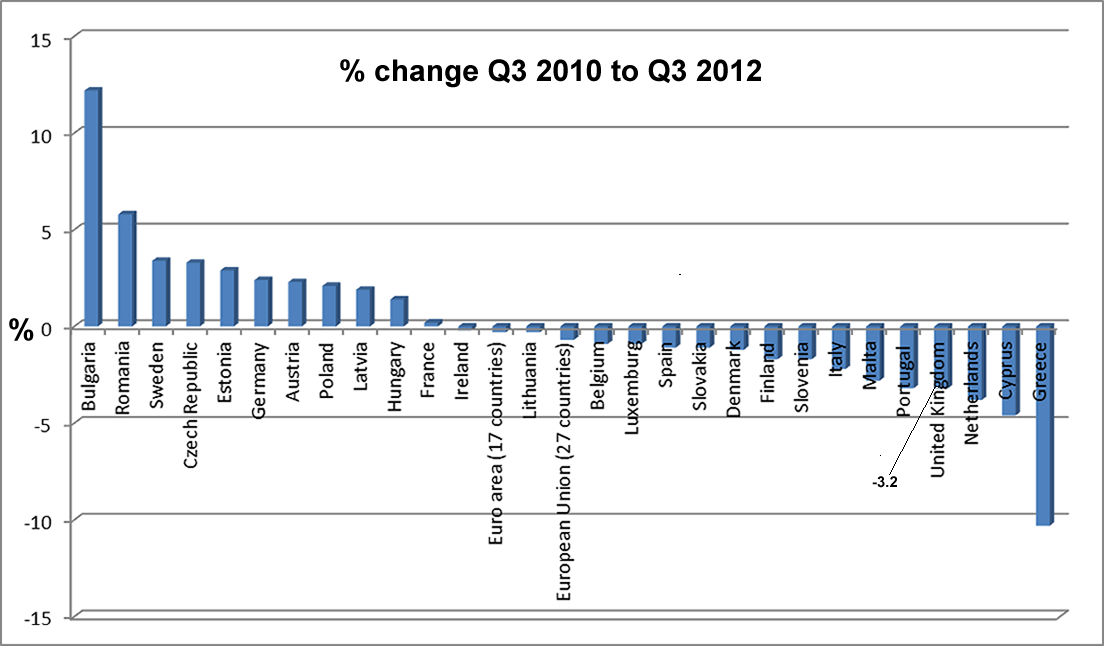 The UK has had the biggest fall in living standards of any EU country bar Greece, Cyprus and the Netherlands in the past two years, according to new figures.

The analysis, commissioned by Labour from the House of Commons library, shows how living standards (measured as real wages – ie wages minus inflation) have changed in every EU country over the last two years since George Osborne’s autumn 2010 spending review.

Labour’s shadow chancellor Ed Balls MP said the figures showed just how far Britain was falling behind the rest of Europe under this government.

“We are losing in the global race with only three out of 27 EU countries suffering bigger falls in living standards than us.

“A flatlining economy under David Cameron and George Osborne over the last two years has made British people worse off, but families, pensioners and businesses cannot afford another two years of falling living standards.”