The below graph shows the additional borrowing in each year compared to the estimates at the Autumn Statement in December. 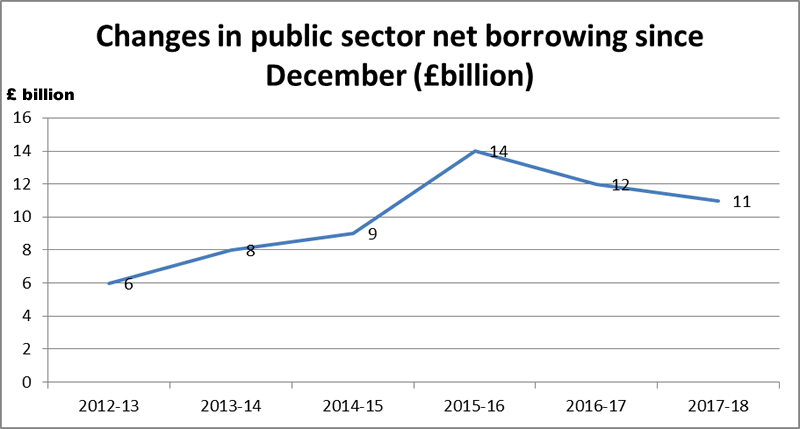 The below graph shows the additional borrowing in each year compared to the estimates at the Autumn Statement in December.

Put simply, contrary to the claims of George Osborne and the coalition,  a lack of growth is resulting in more borrowing to pay for the costs of economic failure. Borrowing is now forecast to be £245bn more than planned at the time of the spending review – excluding the one off transfers of the Royal Mail Pension Fund and Asset Purchase Facility.

As Alistair Darling put it, “it’s better to borrow to invest than borrow simply because your policies are failing”.