Before rushing to blame foreign visitors for putting a strain on the health service with some rather dubious statistics, perhaps the prime minister and his health secretary would do well to examine the policies of other departments of government that are both costing the NHS money and preventing NHS staff from doing what they are qualified to do. 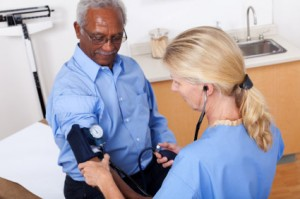 Anna Musgrave is Women’s Advocacy Officer at the Refugee Council

The prime minister was immediately accused of scaremongering after his ‘immigration crackdown’ speech yesterday when he failed to back up his statistics on foreigners’ access to welfare benefits, social housing and healthcare.

Health secretary Jeremy Hunt only emphasised that the government’s statistics were hazy when he took to the airwaves on the World at One, seemingly plucking NHS cost implications of ‘health tourism’ from nowhere, multiplying No. 10’s previous estimate of £20m to £200m.

He said later in the Commons debate on the issue that it would be impossible to find the exact figures.

To combat this ‘cost’ whatever it may be, Cameron has proposed introducing health insurance for some migrants accessing the NHS.

NHS founder Aneurin Bevan believed the costs of administering a payment system for foreign visitors far outweighed the costs of providing care to this small group. There’s no denying numbers of migrants accessing the system will have increased since 1948, but surely it remains that for practical reasons, free healthcare should be provided, wherever you are from?

Secondly, what difference would this actually make? The evidence for health tourism and consequent cost implications consists of anecdote and estimate, as proven by the health secretary’s hesitant response today.

There is no credible research to back this up. In fact, the vast majority of migrants using the NHS are eligible for free care because they are lawfully resident in the UK. They pay taxes and use the NHS in the same way as anyone else.

Our client group – refugees and asylum seekers – is all too often caught up in the ‘health tourism’ debate. We know, however, that most asylum seekers don’t know about their entitlements before they get to the UK. The main factor that drives them here is finding a place of safety.

Asylum seekers are currently entitled to free healthcare, but ironically, much of the time they struggle to get it. The rules on entitlement to care are complex (90 pages of guidance), and as a result, many asylum seekers are asked to pay or are turned away by GPs’ surgeries.

One particularly vulnerable group who suffer unduly because of this are pregnant asylum seeking women, who need to access antenatal care through their GP. The main obstacle preventing them from accessing essential healthcare has nothing to do with strains they might be putting on, nor the shortcomings of the NHS.

Research we and Maternity Action published last month shows that this is due to the UK Border Agency (UKBA)’s harsh policies. They move asylum seekers to where accommodation is available anywhere in the country and often multiple times, meaning women are being uprooted from the essential specialist healthcare they have in place, usually against the advice of their clinicians.

The Department of Health recognises that pregnant women seeking asylum are vulnerable – NICE guidelines outline the complex factors they face.

Yet the UKBA ignores this, and treats them like any other woman in the asylum system. They did implement a policy change in July 2012 that meant women would not be moved during the last month of their pregnancy, but we believe that pregnant women should not be moved at all.

In addition to the increased health risk to mother and baby, moving pregnant women around the country is also a huge waste of NHS resources: appointments, scans and tests are usually repeated in each new area.

Allowing them to stay in the same area throughout their pregnancy would be a simple solution that would ensure women are not put at risk, and that NHS resources are not wasted.

So rather than rushing to blame foreign visitors for putting a strain on the health service with some rather dubious statistics, perhaps the prime minister and his health secretary would do well to examine the policies of other departments of government that are both costing the NHS money and preventing NHS staff from doing what they are qualified to do – providing essential care to those in need.