James Bloodworth
25 March, 2013
A Britain We All Call Home

Terrified of hemorrhaging voters to Ukip, the Conservatives have started to rattle the stick around the swill bucket again on immigration. 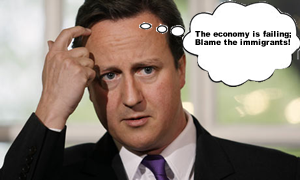 Terrified of hemorrhaging voters to Ukip, the Conservatives are again rattling the stick around the swill bucket on immigration.

Speaking on Sky News yesterday, immigration minister Mike Harper said that new immigrants “appear to get better treatment than people that have been there [in Britain] for a long time”.

As the Mirror puts it in its editorial today, “Mr Harper must know that they don’t, his use of the weasel word ‘appear’ giving the Conservative game away”.

A fish rots from the head down, though, and in a move ostensibly to end Britain’s “something for nothing culture”, David Cameron announced yesterday that new arrivals are to be kept off council house waiting lists for up to five years.

Someone need to tell the government that the ostensible premise of all this – that immigrants get priority in social housing –  is a myth.

A stubborn, persistent and poisonous myth, but a myth all the same.

A study carried out in 2009 by the IPPR (at the height of Labour’s policy of so-called “uncontrolled mass immigration”) found that just 1.8 per cent of social tenants had moved to the UK within the past five years. 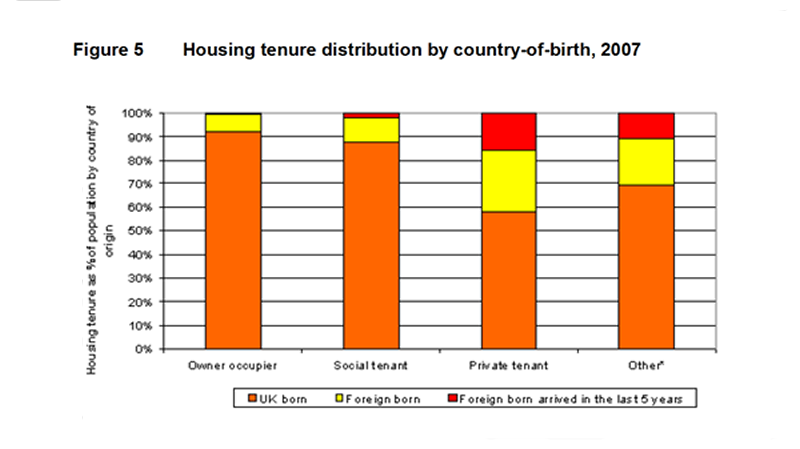 The problem is not foreigners stealing our homes. The problem is the failure of successive governments to build sufficient social housing and a government desperately looking for a scapegoat to distract from its economic incompetence.

9 Responses to “Economic failure, backbenchers out of control – blame the immigrants”