The coalition's changes to council tax benefits will "invariably push more people into poverty or deeper into poverty", according to a report out today by the Joseph Rowntree Foundation. 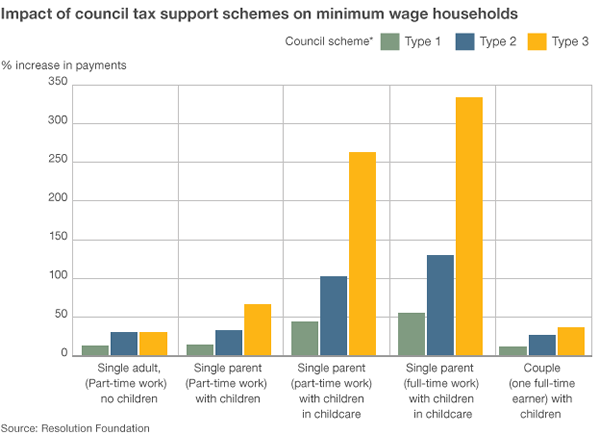 The coalition’s changes to council tax benefits will “invariably push more people into poverty or deeper into poverty“, according to a report out today by the Joseph Rowntree Foundation.

Changes to council tax will affect poorer households and 2.4 million low-income families will pay on average £138 more in council tax in the year 2013/14, the report says.

In April 2013 the national system of CTB will be abolished and replaced with local systems of Council Tax Support (CTS). The funding for CTS in 2013/14 will be 10 per cent less than CTB.

It also says that the replacement of Council Tax Benefit (CTB) with Council Tax Support (CTS) will “add complexity and reduce transparency“.

The study found that:

Furthermore it says, “it is unclear how economical it will be for councils to pursue large numbers of low income families for limited sums of money”.